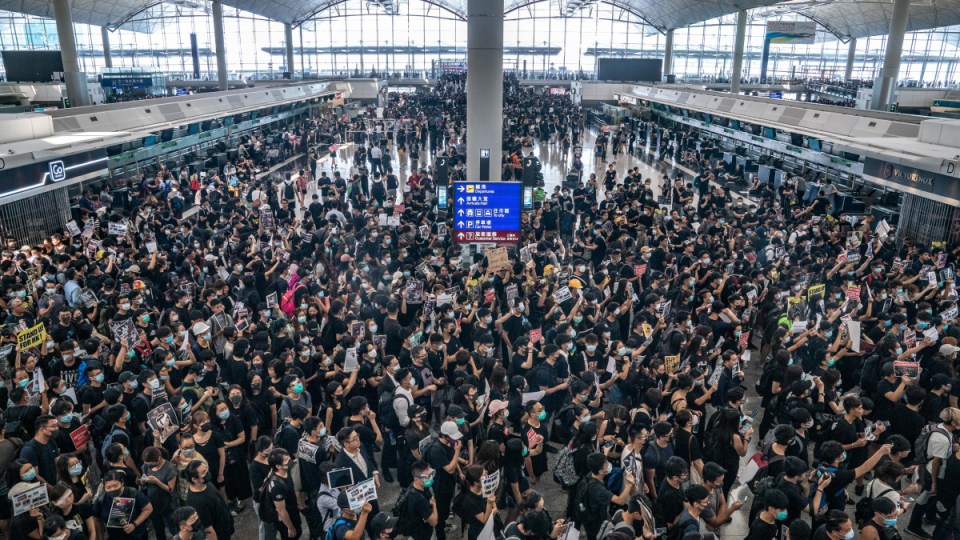 Hong Kong’s Airport Authority has cancelled all flights not yet checked in by Monday afternoon, the agency says, as anti-government protesters peacefully demonstrated at the airport for a fourth day.

“Other than departure flights that have completed the check-in process and the arrival flights already heading to Hong Kong, all other flights have been cancelled for the rest of today,” the authority said in a statement on Monday.

Traffic on roads to the airport was very congested and car park spaces were full, the authority said.

The increasingly violent protests have plunged Chinese-ruled Hong Kong into its most serious crisis in decades and presented a serious challenge to Beijing.

The closure comes as China’s Hong Kong and Macau affairs office said Hong Kong is at a critical juncture after two months of anti-government street protests and the violence must stop.

Increasingly restive protests have plunged Hong Kong into its most serious political crisis in decades, posing a challenge to the central government in Beijing.

Yang Guang, a spokesman for the office in Beijing, delivered a televised address on Monday in which he backed police handling of the protests and said that those who care about the city should come out against violence.