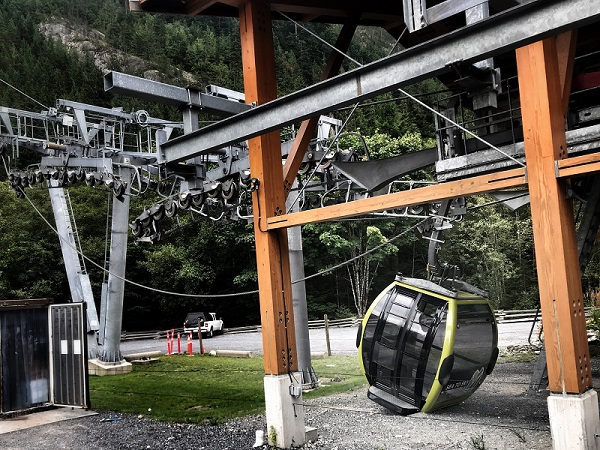 Canadian police say vandalism is likely behind a fallen cable that rendered the Sea to Sky Gondola near Vancouver “inoperable”.

Staff at the gondola in Squamish received an alert at 4.30am on Saturday (local time) saying the 5.5-centimetre-thick, 2-kilometre-long cable had fallen and nearly all of the 30 cable cars were grounded.

No one was on the attraction at the time and there were no injuries.

The Royal Canadian Mounted Police said it was believed the attraction had been sabotaged.

“We believe the cables were cut and this was a deliberate act of vandalism,” Inspector Kara Triance said.

The operators of the gondola, about 50 kilometres north of Vancouver, told local media the cable had only recently been inspected and “it was a big, thick, beautiful healthy rope”.

The RCMP said in a statement technical staff and the gondola’s manufacturers were inspecting the cable to confirm whether it had been vandalised.

“We recognise the potential of what could have been and are thankful that no-one was injured,” the statement said.

Police have appealed to hikers, climbers and campers in the area who may have been witnesses.