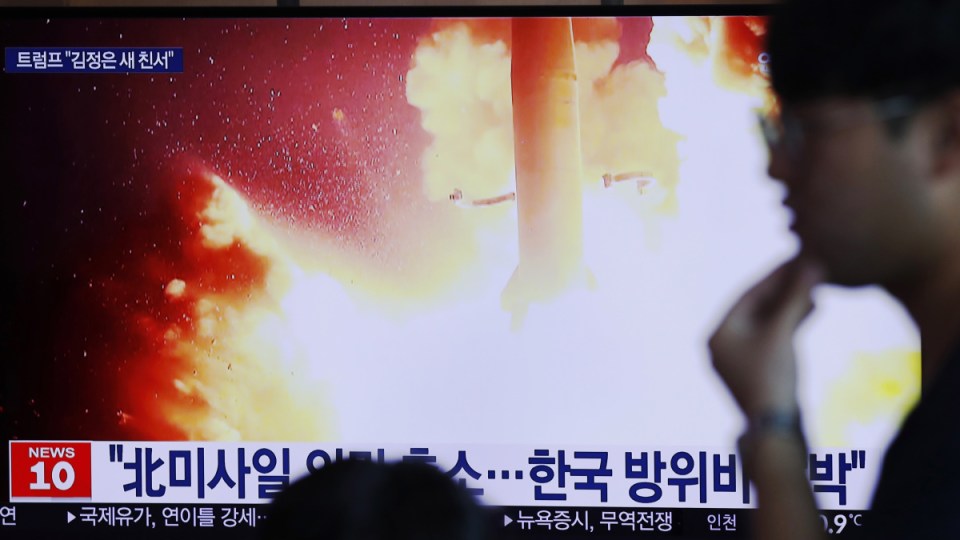 North Korea has fired what appeared to be two short-range missiles on Saturday, South Korea says, in a “show of force” against US-South Korea joint military exercises.

More missile launches are highly probable as the North Korean military is conducting its own summer drills, South Korea’s Joint Chiefs of Staff said in a statement.

The launch came a few hours after US President Donald Trump said he had received a “very beautiful letter” from North Korean leader Kim Jong-un.

North Korea has fired a series of missiles and rockets since Mr Kim and Mr Trump agreed at a June 30 meeting to revive stalled denuclearisation talks.

A US official said that at least one projectile was launched and that it appeared to be similar to previous short-range missiles fired by Pyongyang.

Two missiles flew about 400km at a height of about 48km, according to the South Korean military.

Mr Trump played down the recent North Korean weapons launches when he spoke to reporters earlier on Friday, saying: “I say it again: There have been no nuclear tests. The missile tests have all been short-range. No ballistic missile tests. No long-range missiles.”

Mr Kim has said the weapons tests were a response to US-South Korean military drills being held this month.

Mr Trump said Mr Kim had written in his letter that he was “not happy” about the war games and missile tests. He added he could have another meeting with Mr Kim.

The United States and South Korea have kicked off largely computer-simulated exercises as an alternative to previous large-scale annual drills that were halted to expedite denuclearisation talks.

North Korea decries such exercises as a rehearsal for war aimed at toppling its leadership.

The projectiles were fired at dawn on Saturday from an area around the northeastern city of Hamhung, South Korea’s Joint Chiefs of Staff said in a statement.

Large solid-fuel rocket engines for North Korea’s ballistic missile program are most likely being produced at a factory complex in Hamhung, monitoring group 38 North said last year. Hamhung also has a testing site for those engines.

“Because of concerns that North Korea’s series of launches can raise military tensions on the Korean Peninsula, ministers called for North Korea to stop it,” the Blue House said, citing a meeting of South Korea’s top security officials.

Kim Dong-yup, a former naval officer who teaches at Seoul’s Kyungnam University, said the weapons tested on Saturday could be related to the completion of North Korea’s new rocket artillery system that required multiple launches of the same kind.