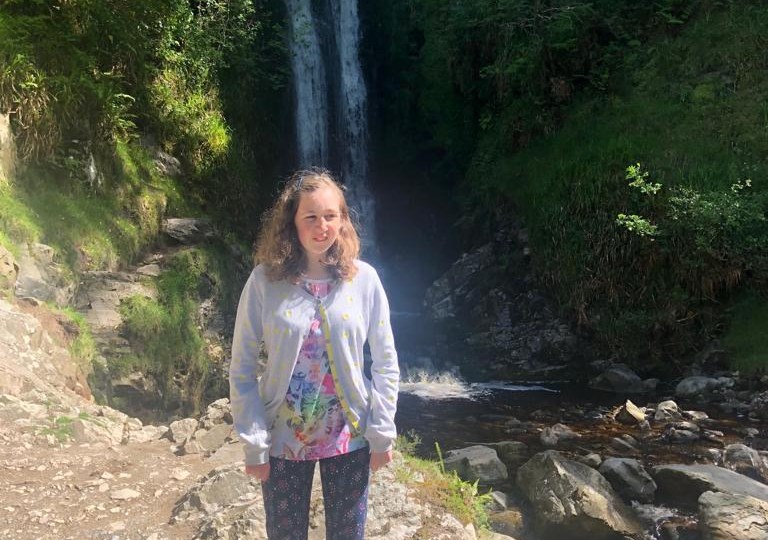 The search continues for Nora Anne Quoirin in dense Malaysian forest near where she disappeared a week ago. Photo: AAP

Elite commando forces and trackers have joined in the massive manhunt for a 15-year-old British girl who went missing from a small resort in Malaysia over a week ago.

The parents of Nora Anne Quoirin, who described their daughter as a “fun, funny and extremely loving” girl  who is sensitive, shy and anxious outside the family with learning and physical disabilities, may have been abducted.

As the search increased in size to more than 260 police, experts and sniffer dogs by Friday, voice recordings of her mother were played via a loudspeaker in the hope the teenager may be somewhere in the hilly forest terrain.

Words from Irish-born Meabh Quoirin – “Nora darling, I love you. Mum is here” – could be heard throughout the search along nearby rivers and thick forest.

Aerial support, thermal detectors and indigenous trackers have joined search parties as posters of Nora Anne continue to be circulated in the district.

Malasia’s national news agency Bernama reported up to 300 residents from local villages had conducted prayers on Friday and would continue daily prayers until she is found.

Joined by local police, Imam II of the Pantai Kariah Mosque, Mohd Taufek Awaludin  said the mosque’s committee is ready to perform further ‘solat hajat’ the prayers for the duration of the search effort.

“The missing of Nora Anne happened in our village area, therefore our hope is that Allah will facilitate the SAR operations. This is the first ‘special prayers’ performed by the villagers in a missing person case,” he said.

In new details to support the abduction theory – police are treating her as a missing person but have not ruled out criminal involvement – Irish Meabh Quoirin and her French husband Sebastien said that Nora Anne was born with holoprosencephaly, a malformation that causes her to have a smaller brain.

Nora Anne’s family, who have lived in London for 20 years, arrived last Saturday for a two-week stay at the The Dusun Resort, a small eco-resort located in a durian orchard next to a forest reserve 63 kilometres south of Kuala Lumpur.

Less than 24 hours later she was discovered missing by her family last Sunday morning from the Dusun, located in southern Negeri Sembilan state.

Police believe the teen climbed out through a window in the living room that was left open and was still in the vicinity of the resort.

However, in a statement released by the Lucie Blackman Trust, a British charity that supports people involved in crises overseas, Nora Anne is not independent and “does not go anywhere alone”.

“All her life she has spent a lot of time in hospital. When she was born, she needed operations to help her (breathe). She has specialists that monitor her growth, her physical abilities and her strength, and especially her mental capacity,” the statement said.

“She is not like other teenagers. She is not independent and does not go anywhere alone.

“Nora likes to walk with her family, but her balance is limited and she struggles with coordination. She has been to Asia, and many European countries before, and has never wandered off or got lost,” it read.

Other challenges she faced included having limited verbal communication, not being able to write more than a few words, inability to grasp anything conceptual such as mathematics or managing money and unable to make or receive phone calls independently, they said.

Nora can wash and dress herself but she cannot manage buttons and struggles to wash her hair, they said.

“Family is her whole world and she loves to play games, like Cat Bingo, with us. She likes to tell us silly jokes and wear clever, colourful T-shirts,” her family said.

“Every night, her special time is for cuddles and a night-time story with her Mum. And she was extremely excited about the family holiday in Malaysia.”

The family thanked the Malaysian police and all those involved in the search.