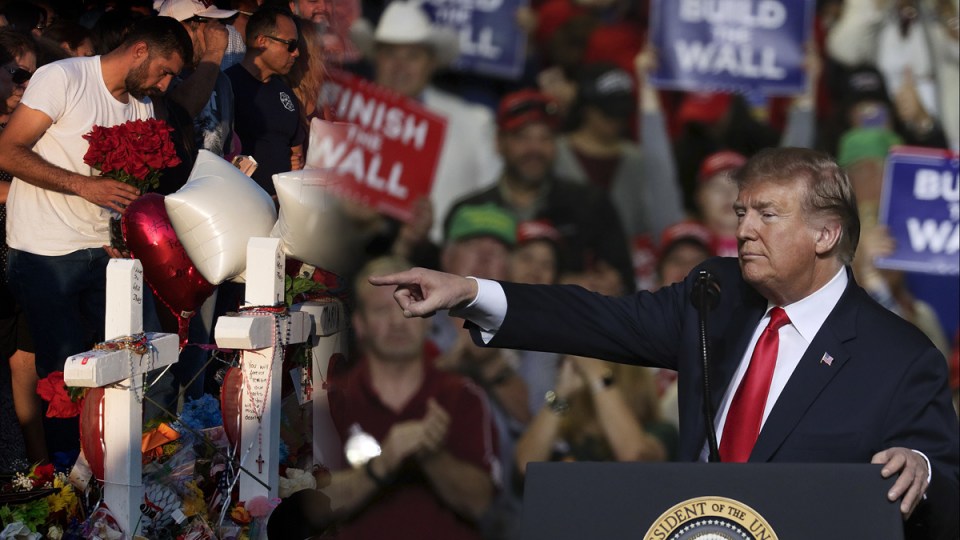 The desire to own an assault rifle should itself be enough to disqualify someone from owning one. Photo: Getty
analysis

Assault rifles – the weapon of choice for mass shootings – are designed for killing people. It’s what they do best. They are not much good for anything else.

The murderers used assault rifles in the three latest American massacres and in Christchurch, in Sandy Hook, in Port Arthur and so on.

But President Trump says there is “no political appetite” for banning these killing machines. That’s despite 69 per cent of American voters reportedly supporting such a ban.

And Trump is right. The gun lobby controls America’s political stooges, not voters.

Congress couldn’t even pass a law to ban bump stocks, the adaption that effectively turns a semi-automatic assault rifle into a machine gun, after the 2017 Las Vegas music festival murder of 58 people and wounding of 422.

(The Trump administration eventually used a regulatory change to ban the sale or possession of bump stocks from the end of last March – and the gun lobby is seeking to overturn that regulation in the courts.)

America is now going through what has become its regular post-massacre ritual of “thoughts and prayers”, of tears and frustration, impotence and anger.

The gun lobby and its shills attempt to deflect blame from the weapons, and the assault rifle industry inevitably rolls on. Sales actually rise after high-profile massacres.

Victims groups and the anti-gun lobby tend to focus on assault rifles’ ability to make mass shootings worse – which means they miss a particularly evil aspect of the assault rifle industry: the deadly fantasy inherent in such weapons.

I wrote about this in another place two years ago and of course nothing has changed, so indulge me if you’ve read it before as I plagiarise myself.

There are many different factors that turn people into mass murderers. An important one to recognise is that mass shootings are the end result of the fantasy that goes with buying and possessing machines specifically designed for killing as many people as possible.

If you buy a fast sports car, odds are you have a fantasy to drive fast – and you will at some stage. Buy and hold a double barrel shotgun and you’ll be imagining clay targets disappearing in a puff of colour or game birds falling from the sky.

There is a seductive power to a fine and fast car, a precision and force that asks to be used, to be felt. I know, I have one. Owning such a car doesn’t mean the driver will necessarily exceed the speed limit by a vast margin and endanger themselves and others, but the idea of speed is clearly there.

With a military-style assault rifle, the idea of killing is there. That’s what they are for.

There are exceptions to all rules – the occasional supercar owner who only wants to prowl the boulevards and annoy people with unnecessary noise and blatant excess, perhaps someone who is genuinely plagued by wild pigs – but they are rare.

The assault weapons used by most American mass shooters are rubbish for target shooting. A “sporting” shooter after deer or a professional harvesting kangaroos wouldn’t want one.

Even if you buy into the dystopian American myth of “defending family”, an assault rifle is nonsense at close quarters. They’re best for killing at a little distance, not in the invaded home of another fantasy.

The fantasy is fanned by investing in it – purchasing the rifles and high-capacity magazines and stockpiling ammunition, delving into the details of other mass shootings.

The supercar owner may legally explore limits by investing in track days and closed road events. The owner of machines specifically good for killing people, what do they want to do?

Removing the objects that stoke such fantasies is part of the lasting achievement of Australia’s firearm ownership reform. The step from a shotgun to semi-automatic assault rifle is not dissimilar to the step from a knife to a handgun. Possessing, collecting and handling assault weapons carry risks for the mentally precarious among us.

Most of us control our fantasies. Inevitably, some will not.

But none of this matters to the majority of American politicians who remain bought or cowered by the minority of voters who support the NRA, the copious-enough nut jobs.

Four years ago after an Oregon school shooting, a distraught President Obama pointed to Australia as “a country like ours” that had managed to make necessary changes to stop such crimes. I wrote then about why Australia is not like America.

After Las Vegas, a writer from The New Yorker nailed an aspect of Trump’s disconnection – even the language of empathy is foreign to him.

Under Obama there was perhaps a possibility of tightening gun laws – but not really. When nothing was done after Sandy Hook, nothing was ever going to be done.

After the millions of words written on mass shootings, the absurdity of America’s attitude to self-slaughter continues to be best summed up by a dark headline on The Onion satirical news site:

In a rational nation, an individual’s desire to buy a military assault rifle, let alone high-capacity magazines, is all the mental assessment necessary to forbid such a purchase. Catch 22 – if you want a people killer, you shouldn’t be allowed to have one.

But that’s in a rational nation.

Mass shootings and the staggering paradox that drives them