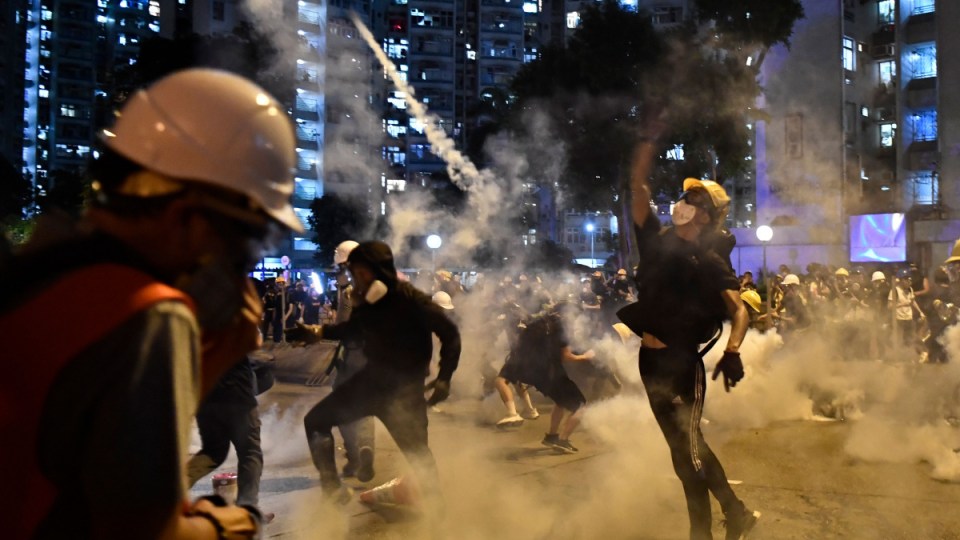 China has warned that it will be “only a matter of time” before it punishes those behind two months of pro-democracy protests in Hong Kong that have increasingly devolved into violent clashes with law enforcement.

The comments on Tuesday by Yang Guang, spokesman for the Chinese Cabinet’s Hong Kong and Macao Affairs Office, are a further indication that Beijing will take a hard line against the demonstrators and has no plans to negotiate over their demands for political reforms.

“We would like to make it clear to the very small group of unscrupulous and violent criminals and the dirty forces behind them: Those who play with fire will perish by it,” Mr Yang said.

“Don’t ever misjudge the situation and mistake our restraint for weakness.”

"Any attempt to play with fire will only backfire," Beijing spokesman Yang Guang warns Hong Kong protesters, saying those who engage in violence will be held accountable https://t.co/ap3TrwtqLP pic.twitter.com/Sg3hxXb5Rj

Singling out “brazen, violent and criminal actors” and the “meddling hands behind the scenes” as the focus law enforcement efforts, Mr Yang said.

“As for their punishment, it’s only a matter of time,” he said.

China so far has not visibly intervened in the situation, though it has published a series of strongly worded editorials in state media condemning “violent radicals” and “foreign forces” allegedly inflaming them.

Speculation has grown that the Communist Party-led central government will deploy the military to quell demonstrators after Chinese officials pointed to an article in Hong Kong law that allows troops already stationed in the city to help with “public order maintenance” at the Hong Kong government’s request.

While Hong Kong authorities have said they don’t anticipate any need to bring in troops or police from China to help impose order, the Hong Kong army garrison and police in the city of Shenzhen across the border have both released videos recently of their officers training to disperse groups of people dressed in black and wearing masks and construction helmets like many of the Hong Kong protesters.

A former British colony, Hong Kong was returned to China in 1997 under the framework of “one country, two systems”, which promised the city certain democratic freedoms not afforded to the mainland.

But some Hong Kong residents feel that Beijing has been increasingly encroaching on their freedoms.

A string of demonstrations began in June against proposed extradition legislation that would have allowed some suspects to be sent to mainland China for trial.

While the government has since suspended the bill, protesters have pressed on with broader calls for democratic reforms, an investigation into allegations of police brutality and for the city’s leader to step down.

Some started fires outside police stations and hurled bricks and eggs at officers.

Many rally participants chose to hide their identities because they fear official retribution.

Mr Yang and other Chinese officials repeatedly accused protesters and organisers of seeking to wreck Hong Kong’s society and economy and of lacking patriotism.

Hong Kong police said they arrested 568 demonstrators aged 13 to 76 since June, and charged them with a variety of crimes, including rioting, which can carry a sentence of up to 10 years.