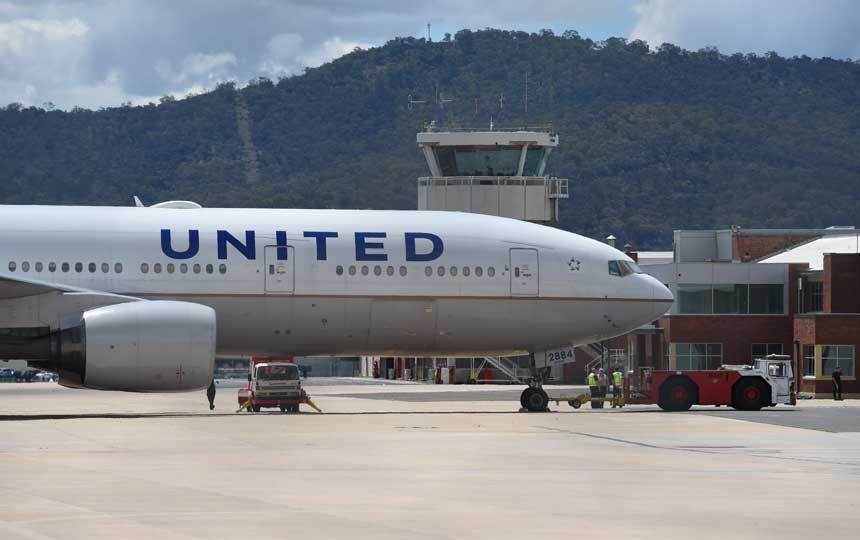 The United pilots were allegedly under the influence when breath-tested at the airport. Photo: AAP

Two pilots have been arrested after allegedly failing breath tests before their flight from Scotland’s Glasgow Airport.

The two men were arrested by police on suspicion of being under the influence of drink or drugs before boarding a United Airlines flight to America.

Flight UA162 to Newark in New Jersey, was due to leave Glasgow Airport at 9am on Saturday but was cancelled after the pair’s arrest.

Both men are pilots, ages 61 and 45, a Police Scotland spokesman confirmed, and are due to appear in court on Tuesday.

They were charged under section 97 of the Railways and Transport Safety Act which covers offences where aviation staff are intoxicated by alcohol or drugs, with punishments of up to two years in prison or a fine if found guilty.

United Airlines responded to a question on Twitter about the flight cancellation, saying only: “We regret that our flight for today from GLA to EWR, UA162, has been cancelled because of crew availability.”