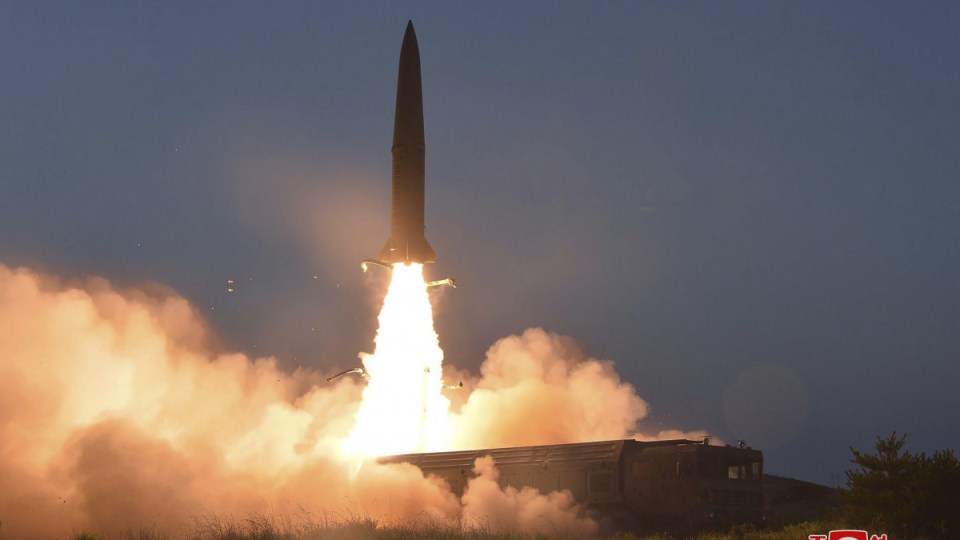 Wednesday's launch comes less than a week after this launch of a missile, which North Korea called a "warning to warmongers". Photo: AAP

The latest launches early on Wednesday were from the Hodo peninsula on North Korea’s east coast, the same area from where last week’s were conducted, the JCS said in a statement.

It said it was monitoring the situation in case of additional launches and maintaining a readiness posture.

Mr Kim Jong-un, who personally watched the July 25 test-fire, said it was “a solemn warning to the South Korean military warmongers”.

The White House, the Pentagon and the US State Department did not immediately respond to requests for comment about Wednesday’s launches.

Both Mr Trump and US Secretary of State Mike Pompeo have played down last week’s firing. Mr Pompeo has continued to express hope for a diplomatic way forward with North Korea.

Since the June 30 meeting in the Demilitarised Zone between the two Koreas, Pyongyang has accused Washington of breaking a promise by planning to hold joint military exercises with South Korea in August and warned that these could derail any dialogue.

North Korea has also warned of a possible end to its freeze on nuclear and long-range missile tests in place since 2017, which Mr Trump has repeatedly upheld as evidence of the success of his engagement with Mr Kim.