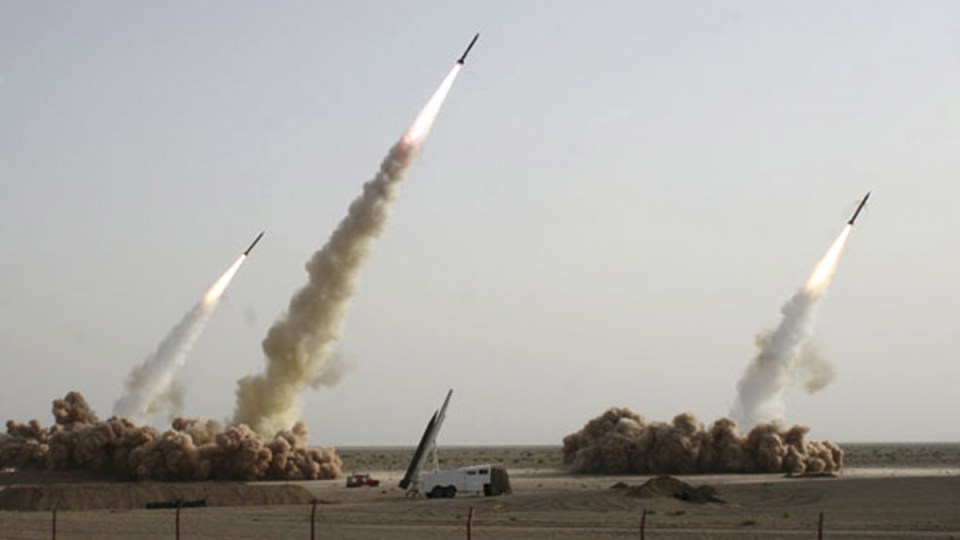 An earlier image of the Shahab-3 missile being launched from an undisclosed location inside Iran. Photo: AAP

Iran has test-launched a medium-range ballistic missile inside its borders, US officials say.

The move defies Trump administration demands that Iran curtail the weapon program and demonstrates its intent to further push back against US sanctions.

The test came amid heightened tensions between Iran and the West, mainly over the safety of commercial shipping in the Persian Gulf and the Strait of Hormuz.

A White House spokesman called the test launch an example of Iran “acting out” as a result of intense pressure from US economic sanctions.

“You’ve seen their economy teetering on the verge of collapse for a while now. And when they’re backed into a corner, they’re acting out,” said spokesman Hogan Gidley, who also said President Donald Trump wants to begin conversations with Iran’s leaders.

Iran has responded to stepped-up US economic sanctions with a variety of military moves, and the Shahab-3 missile test launch could be considered another signal from Tehran that it will not back down.

The US officials who confirmed the missile launch spoke on condition of anonymity.

Tensions have mounted with Iran over a 2015 nuclear accord it reached with world powers.

The deal eased sanctions in exchange for Iran curbing its nuclear program.

Mr Trump withdrew the US from the accord last year, reinstating sanctions on Iran and adding new ones.

Iran has openly exceeded the uranium enrichment levels set in the accord to try to pressure Europe into offsetting the economic pain of US sanctions.

Mr Trump insists that Iran must agree to limits on its ballistic missile program, but Iran thus far has refused.

Nations still party to the nuclear deal plan to meet in Vienna on Sunday to see to what extent the agreement can be saved.

The European Union said the meeting of officials from China, Russia, Britain, France and Germany will be chaired by the EU.

Behnam Ben Taleblu, an expert on Iranian defence at the Foundation for Defence of Democracies, said the Shahab-3 is a liquid-fuelled, medium-range ballistic missile capable of carrying a nuclear weapon.

“The Shahab-3 is the backbone of Iran’s class of medium-range ballistic missiles,” he said, adding that Iranian news outlets have previously called it one of the country’s “Israel-hitting” missiles.

It is derived from a North Korean missile called the Nodong-A and can fly up to 2000km.

“Iran’s continued flight-testing has both political and military applications, functioning as a show of resolve against foreign adversaries and to improve the overall reliability of its missile force, which is the largest in the Middle East,” he said.

“As Iran continues to escalate in response to the maximum-pressure campaign, Washington should expect more missile launches.”