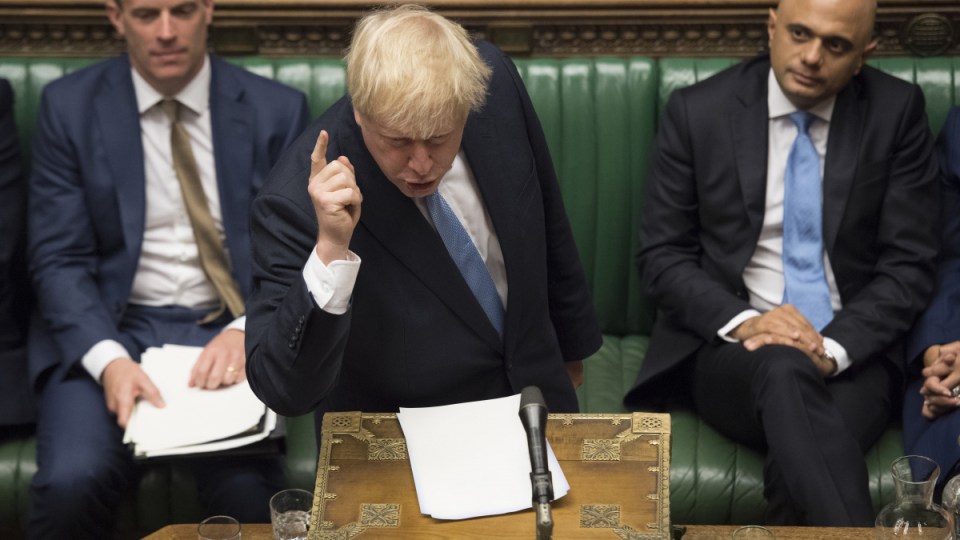 In his first statement to the House of Commons as Prime Minister, Mr Johnson called on Brussels to drop the controversial Irish backstop from the Brexit withdrawal agreement as the price of further talks.

Mr Johnson said he would work “flat out” to secure a new agreement on Britain’s withdrawal from the EU.

At the same time, he said the government was “turbocharging” preparations for a no-deal break on October 31 if the EU refused to engage.

But the EU’s chief negotiator Michel Barnier said Mr Johnson’s demands were “unacceptable” and accused him of using “combative” language to put pressure on the remaining EU27.

An EU spokeswoman said Mr Johnson had also spoken to EU Commission President Jean-Claude Juncker, who told the new PM that the deal struck with his predecessor, Theresa May, last year was “the best and only” one.

However, Mr Juncker did say the commission would be available in coming weeks if Britain wanted to hold talks.

Mr Johnson underlined his determination to take Britain out of the EU by the end of October, warning that failure to do so would lead to a “catastrophic loss of confidence” in the political system.

Despite the fears of many MPs he is setting the country on course for a no-deal break, Mr Johnson insisted he would still prefer to leave with an agreement in place.

However, he said the agreement brokered by his predecessor Theresa May, was not acceptable, and the Northern Ireland backstop had to go.

“No country that values its independence, and, indeed, its self respect, could agree to a treaty which signed away our economic independence and self-government as this backstop does,” he told the House of Commons on Thursday.

In a leaked memorandum to EU diplomats, Mr Barnier said the demand to abolish the backstop was “unacceptable” and outside the EU’s negotiating mandate.

“As suggested by his rather combative speech, we have to be ready for a situation where he gives priority to the planning for no-deal, partly to heap pressure on the unity of the EU27,” he said.

“In any case, what remains essential on our side is to remain calm, stick to our principles and guidelines and show solidarity and unity of the 27.”

Mr Barnier’s comments echoed Irish premier Leo Varadkar, who said on Wednesday that Johnson’s claims he could get a new deal by October 31 were “not in the real world”.

Mr Johnson, who earlier chaired the first meeting of his new cabinet, insisted the British side was ready to meet and talk with the EU, “whenever they are ready to do so”.

“I would prefer us to leave the EU with a deal. I would much prefer it. I believe that is still possible even at this late stage and I will work flat out to make it happen,” he said.

“For our part, we will throw ourselves into these negotiations with the greatest energy and determination and in the spirit of friendship.

“I hope that the EU will be equally ready and that they will rethink their current refusal to make any changes to the Withdrawal Agreement.”

At the same time Mr Johnson said he had ordered Michael Gove, the new Chancellor of the Duchy of Lancaster in charge of no-deal preparations in the Cabinet Office, to “turbocharge” efforts to get the country ready for any eventuality.

As well as a major public relations campaign, Mr Johnson said there would be an “economic package” to boost business including changes to tax rules to incentivise investment in capital and research.

He also sought to further raise the stakes with the EU, saying he would not nominate a new British commissioner. He insisted that this was not intended to prevent the formation of the new commission, due at the start of December.

“No one underestimates this country, but the country is deeply worried that the new Prime Minister overestimates himself,” he said.