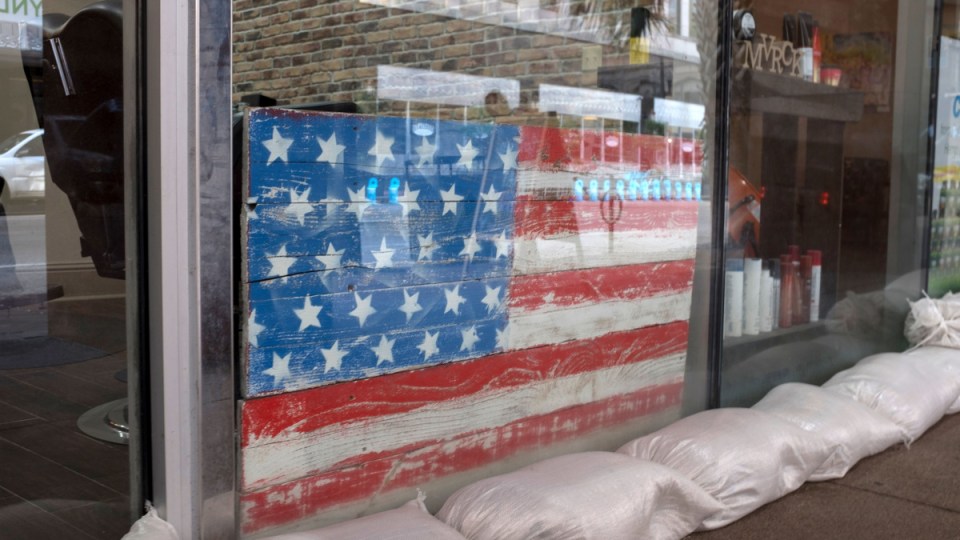 A state of emergency has been declared in the US southern state of Louisiana, with thousands of residents urgently sandbagging their homes and businesses and being told to pack enough supplies for three days.

And up to 10,000 residents in Plaquemines Parish in Louisiana’s low-lying southeastern tip were ordered to evacuate on Thursday local time, leaving the area largely empty.

He posted on Twitter urging residents to “be prepared, be careful and be SAFE!”.

To everyone on the Gulf Coast: As you make preparations to protect your homes & loved ones from flooding & the coming storm, it is imperative that you heed the directions of @FEMA, State & Local Officials. We are working closely w/ them. Please be prepared, be careful, & be SAFE!

Emergency services reportedly under-estimated Tropical Storm Barry developing into a category 1 hurricane, with torrential rains dumping up to 500mm of rain along a 160-kilometre stretch of the Louisiana coastline just below Baton Rouge and New Orleans.

By Friday morning local time, heavy rain and winds lashed the coast with forecasters expecting more than 500mm of rain.

Louisiana Governor John Bel Edwards, who declared an emergency earlier in the week as the storm brewed in the Gulf of Mexico, warned that the storm’s blow could form a dangerous combination with the already-high Mississippi River, which has been swelled by heavy rain and snowmelt upriver this spring.

“We’re going to have all three.”

Earlier, in a letter to Mr Trump, Governor Edwards asked that the state receive supplementary federal resources, noting that in the past 24 hours, 28 parishes have issued emergency declarations and 14 are in the process of completing such declarations, The Associated Press reported.

Katrina caused catastrophic flooding in New Orleans and was blamed altogether for more than 1800 deaths in Louisiana and other states.

Everybody Please we all need to pray for my family in 🙏🏾 New Orleans and the State of Louisiana this weekend with this storm coming,some time I really feel my home team is cursed. Hurricane Katrina might not have nothing on Hurricane Barry. these are pictures from yesterday pic.twitter.com/vwabPcEYHR

Barry could have winds of about 120 km/h, just barely over the threshold for a hurricane, when it comes ashore, making it a Category 1 storm, forecasters said.

As of Thursday night (local time), Barry was hovering around 137km south of the mouth of the Mississippi with winds reaching 80km/h.

When it makes landfall, it is expected to bring more than a half a metre of rain in potentially ruinous downpours that could go on for hours as the storm passes through the metropolitan area of nearly 1.3 million people and pushes slowly inland.

Governor Edwards said authorities do not expect the Mississippi River to spill over its levees – something that has never happened in New Orleans’ modern history – but cautioned that a change in the storm’s direction or intensity could alter that.

The National Hurricane Centre said as much as 500mm of rain could fall in parts of eastern Louisiana, including Baton Rouge, and the entire region could get as much as 250mm.

Director Ken Graham said pockets of Louisiana could have as much as 630mm of rain.

“So here’s the takeaway: Dangerous situation,” he said during an online presentation Thursday. “That kind of rainfall in this system could cause flash flooding, cause ponding of water.”

Meteorologist Benjamin Schott said the chief concern is not the wind: “Rainfall and flooding is going to be the No.1 threat with this storm.”

New Orleans Mayor LaToya Cantrell said that the pumping system that drains the city’s streets was working as designed but that Barry could dump water faster than the pumps can move it.

“We cannot pump our way out of the water levels … that are expected to hit the city of New Orleans,” she warned.

This is the levee rn😰 in New Orleans, Louisiana it’s still at about 15 ft for now. So the highest the levee can hold is 20ft so if this over flows we will get about 4-5ft of water😳 So if this tropical storm Barry does hit our area The levee could most likely over flow😕. pic.twitter.com/3cc3STET6x

However, the city did not plan to order evacuations because Barry was so close and because it was not expected to grow into a major hurricane.

Officials instead advised people to keep at least three days of supplies on hand and to keep their neighbourhood storm drains clear so water could move quickly.

Hurricane Barry bears down on The Big Easy