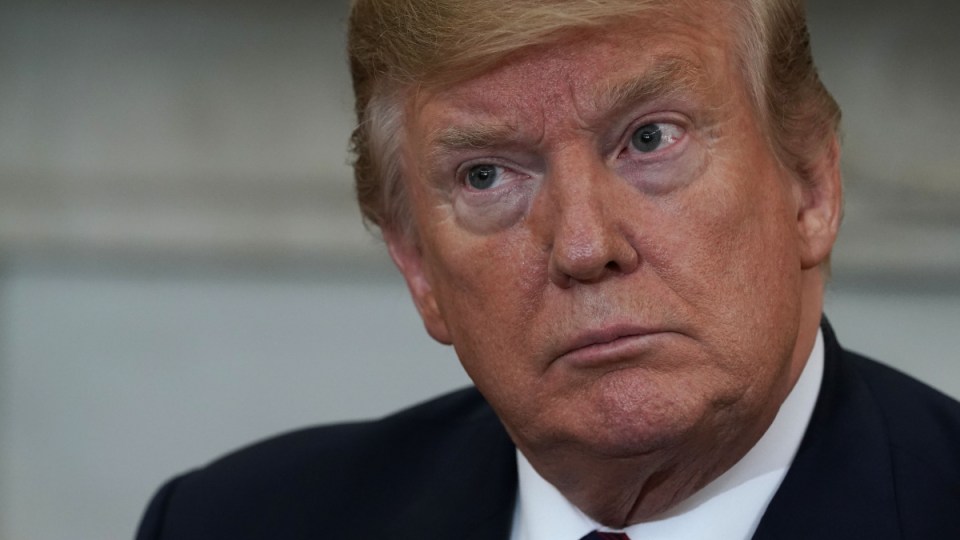 Donald Trump has fired back at Iran after it announced plans to enrich Uranium beyond the level agreed in the 2015 nuclear deal. Photo: Getty

Pompeo, who confirmed Trump’s letter to Kim before departing Washington on a trip to the Middle East, said the US was ready to resume talks immediately.

“I’m hopeful that this will provide a good foundation for us to begin … these important discussions with the North Koreans,” Pompeo told reporters.

Earlier, North Korea’s state-run news agency KCNA said Kim had described the letter as being “of excellent content” but did not disclose details. The KCNA report said Kim “would seriously contemplate the interesting content.”

US-North Korea talks stalled after a failed summit in February between Trump and the North Korean leader in Vietnam.

A US official said on Wednesday the US had no pre-conditions for new talks, but that progress would require meaningful and verifiable North Korean steps to abandon its nuclear weapons program.

Asked if working-level discussions between the countries would begin soon, Pompeo said: “I think the remarks you saw out of North Korea this morning suggest that may well be a very good possibility. We’re ready to go, we’re literally prepared to go at a moment’s notice if the North Koreans indicate that they’re prepared for those discussions.”

Trump leaves for Asia later this week for the G20 summit in Osaka, Japan, and meetings with South Korean President Moon Jae-in Seoul.

Pompeo also will join Trump at the G20 summit and accompany the president to Seoul, but said he will first travel to Saudi Arabia and the United Arab Emirates to consult with US allies on tensions with Iran.