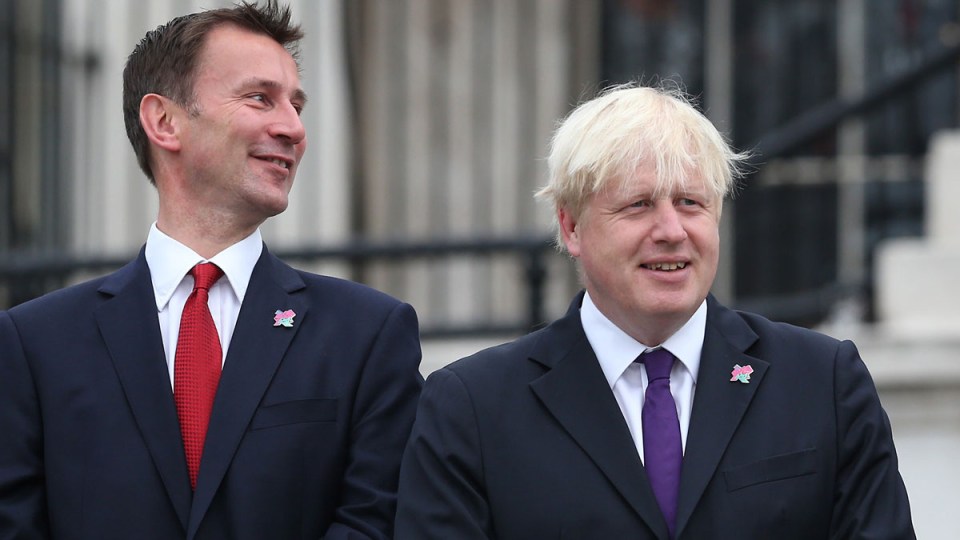 Former British foreign secretary Boris Johnson and his replacement Jeremy Hunt are the final two contenders in the race to replace Prime Minister Theresa May.

Mr Johnson was again way out in front, winning 160 out of 313 votes against Mr Hunt’s 77. One ballot paper was rejected.

Mr Johnson, 55, who served as London mayor for eight years, has cast himself as the only candidate who can deliver Brexit on October 31 while fighting off the electoral threats of Nigel Farage’s Brexit Party and Jeremy Corbyn’s Labour Party.

Mr Gove was third with 75. Interior minister Sajid Javid was knocked out in the fourth round earlier on Thursday.

Now around 160,000 Conservative Party grassroots members will vote on who will be their leader – and Britain’s next prime minister – by the end of July.

Mr Johnson has pledged to leave the EU on October 31 with or without a deal. The EU has said it will not renegotiate the divorce deal that Ms May agreed last year and the British parliament has indicated it will block a no-deal exit.

He has not addressed how he will solve that riddle.