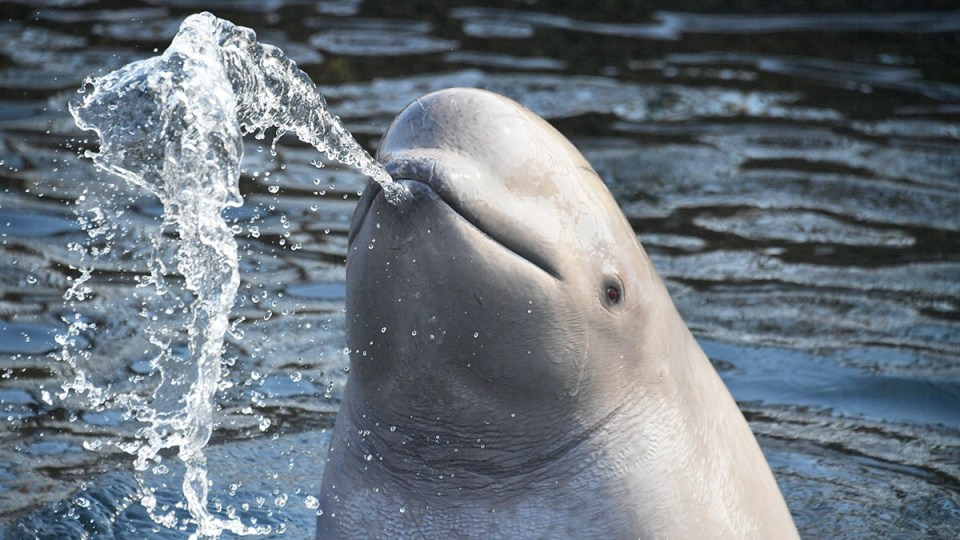 Two Beluga whales have gone where no whales (well, not many whales) have gone before: In an aeroplane.

Little Grey and Little White are the first of their breed to take up residence in a new beluga whale sanctuary in Iceland.

They were “retired” from an aquarium in Shanghai, China, and will now live out the rest of their lives in the world’s first open-air water sanctuary.

This week they flew the almost 10,000-kilometre journey from China to Iceland, accompanied by their care team and vets.

To make sure they were prepped for the epic journey, Little Grey and Little White underwent fitness training in the months leading up to the trip.

They were transported in custom-made slings, via lorry from the aquarium to the airport. In Iceland, from the country’s main airport they’ll spend some time in a recovery pool before taking the final leg of the journey to the sanctuary – via ferry – off the south coast of Iceland.

The sanctuary is a collaboration between the Whale and Dolphin Conservation and Sea Life Trust.

The sanctuary is part of a wider-scale project to stop the confinement of large marine life, discussions of which began two decades ago, the conservation’s End Captivity program policy manager Cathy Williamson said.

“The world’s first whale sanctuary represents a pathway to the end of the keeping of whales and dolphins confined for entertainment,” she said.

“We are proud to be a partner of this important project that will improve welfare for these belugas, and show the world that there is an alternative to whale and dolphin captivity.”

Beluga whales take to the skies in world first