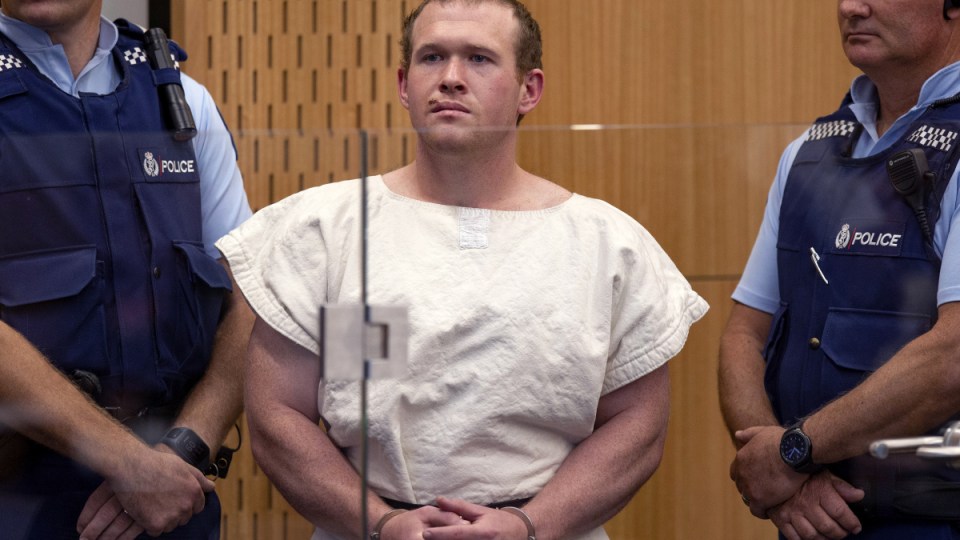 The Australian man accused of killing 51 worshippers at two New Zealand mosques has denied all charges and will stand trial.

There were gasps and tears in the courtroom’s public gallery as 28-year-old Brenton Tarrant’s lawyer on Friday entered not guilty pleas to 51 counts of murder, 40 of attempted murder and one terror offence over the March 15 shootings.

Watching the hearing in the High Court at Christchurch over a video link, Tarrant smiled as the pleas were read.

Outside the building, there was anger.

“He’s a coward … He was laughing. Just put me, for 15 minutes, with him in one cell and then we’ll see if he can laugh anymore,” said Aziz Abdul – who became a local hero after defending the Linwood mosque with an Eftpos machine during the live-streamed shootings.

“It was very hard for us even just to look at him.”

On March 15, the gunman, armed with several high-powered weapons, opened fire on worshippers at two mosques during Friday prayers.

The shootings were also live-streamed on Facebook, with the video viewed more than 4000 times before it was removed at the request of New Zealand police.

However, in the 24 hours after the attack, the social network also had to remove 1.5 million copies of the video from its platform.

Justice Cameron Mander on Friday scheduled Tarrant’s trial for May 2020 and indicated it could run for at least six weeks.

The delay is not unusual in New Zealand’s legal system, especially given that it will be a complex trial.

Survivors have lamented they’ll need to wait a year for a verdict.

Temel Atacocugu, shot nine times during the attack, said he was putting his faith in New Zealand’s legal system.

“We are strong. He is the loser and we are the winners. He will lose,” said.

Two further rooms and some 200 seats were set aside for the public at the hearing, police officers maintaining a heavy presence in and around the precinct.

Tarrant will now become the first person in New Zealand to face trial on a terrorism charge.

While some legal experts say that might complicate the case, Christchurch’s Muslim community has welcomed the decision by prosecutors to treat the shootings as an act of terror.

Tarrant is being held in New Zealand’s only maximum security jail, in Auckland. Prison staff say he has no access to television, radio, newspapers or visitors.

The case will return to court in August.