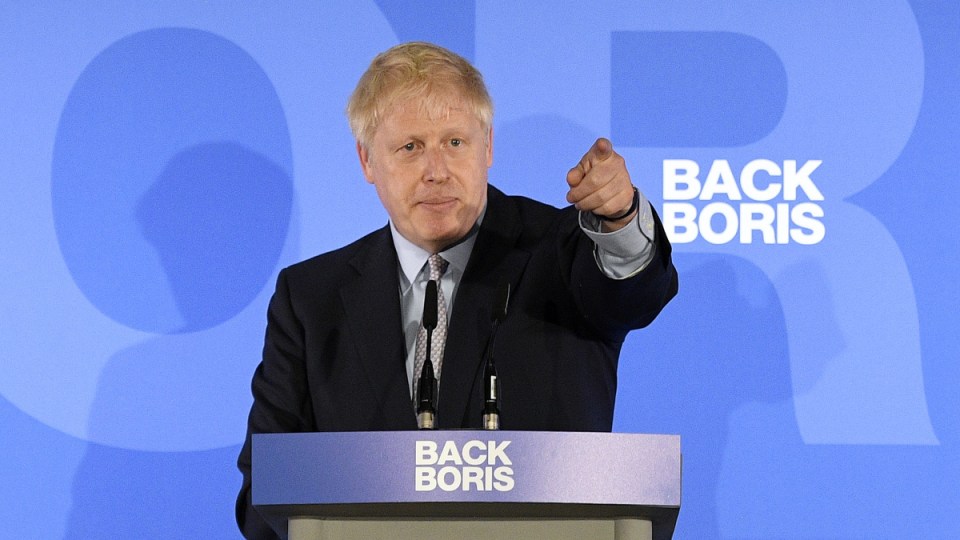 Boris Johnson has kicked off his campaign to succeed Prime Minister Theresa May with a commitment to lead Britain out of the EU on October 31, warning his divided Conservative Party that “delay means defeat”.

Mr Johnson, who has been the favourite for the top job for nearly three years since he led the referendum campaign to leave the EU, praised the strength of the British economy and promised to tackle widespread disillusionment over the protracted Brexit process.

To a packed room, where some supporters were forced to stand, Mr Johnson drew on his past as a former London mayor to try to persuade Conservatives that only he could take the party to election victory.

He explained away some of his well-documented gaffes as his desire to “speak as directly as I can”.

“After three years and two missed deadlines, we must leave the EU on October 31,” he said on Wednesday as a heckler repeatedly yelled “Bollocks to Boris” from outside the Royal Academy of Engineering in central London.

“I am not aiming for a no-deal outcome,” said Mr Johnson, a 54-year-old former foreign minister.

“I don’t think that we will end up with any such thing, but it is only responsible to prepare vigorously and seriously for no-deal. Indeed it is astonishing that anyone could suggest dispensing with that vital tool in the negotiation.”

Mr Johnson is one of 10 contenders to replace Ms May, whose premiership crumbled after she repeatedly failed to convince parliament to ratify the divorce deal she negotiated in November with the EU.

For many, the contest for prime minister is Mr Johnson’s to lose – he has the most declared Conservative supporters in parliament and is widely popular among the party’s members, the people who will ultimately choose Ms May’s successor.

In a room full of Conservatives loyal to his campaign – who groaned when journalists brought up lists of past indiscretions, including a report he had taken cocaine – Mr Johnson repeatedly sidestepped questions, using his trademark colourful metaphors and language to change the subject.

Asked if he could be trusted, Mr Johnson said he could.

He refused to be drawn on the topic of drugs, which have become a campaign issue after rival Michael Gove was forced to admit he had taken cocaine 20 years ago when he was a journalist.

“I think what most people want us to focus on in this campaign, if I may say so, is what we can do for them and what our plans are for this great country of ours,” he said.

Interior minister Sajid Javid agreed that voters felt the government was incompetent because of the failure to deliver Brexit, but had a jibe at his rival as he launched his own leadership campaign

“I am the change candidate, Boris Johnson is yesterday’s news,” Mr Javid said.