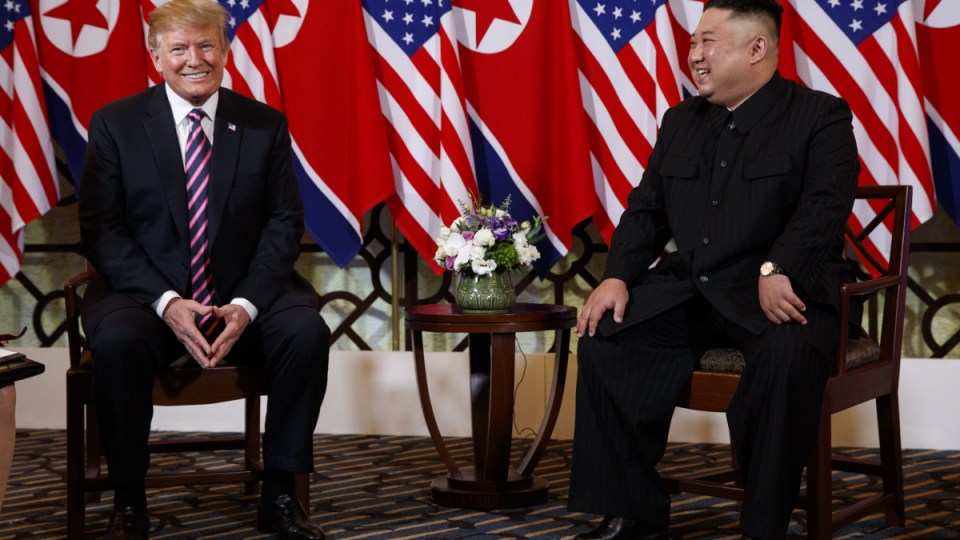 President Donald Trump has hinted at the possibility of a third nuclear summit with Kim Jong-un after revealing he received a “beautiful” and “very warm” letter from North Korean leader.

As he left the White House for Iowa on Wednesday (Australian time), Mr Trump vaguely told reporters “something will happen that’s going to be very positive”.

“But in the meantime, we have our hostages back, the remains keep coming back, we have a relationship,” Mr Trump said, referencing the retrieval of three Americans that were imprisoned in North Korea last year and the recovery of the remains of American prisoners of war or personnel killed-in-action during the Korean War.

The effusive praise of Mr Kim comes in the face of the hard line being pushed by US allies Japan and South Korea, which have heavily criticised Pyongyang’s recent short range missile tests.

Although the tests did not demonstrate an ability to threaten US territories, they were more than able to reach North Korea’s neighbours.

In May, North Korea conducted a “strike drill” for multiple launchers, firing tactical guided weapons in a military drill supervised by Mr Kim.

Mr Trump said at the time that these launches did not pose a problem in his eyes, although his advisers called them a violation of UN Security Council resolutions.

Despite the regional tensions, the President underscored the positive relationship between he and Mr Kim, saying that they had a “very good relationship together”.

Mr Trump spoke a day after the Wall Street Journal reported that Mr Kim’s slain half-brother, Kim Jong Nam, was a source for the US Central Intelligence Agency. Kim Jong Nam was killed at the airport in Kuala Lumpur, Malaysia in 2017 in an suspected assassination.

“I saw the information about CIA with respect to his brother, or half-brother. And I will tell him that will not happen under my … I wouldn’t let that happen.”

He did not rule out another meeting soon with Mr Kim. Mr Trump is also due to travel to Japan and South Korea later this month.