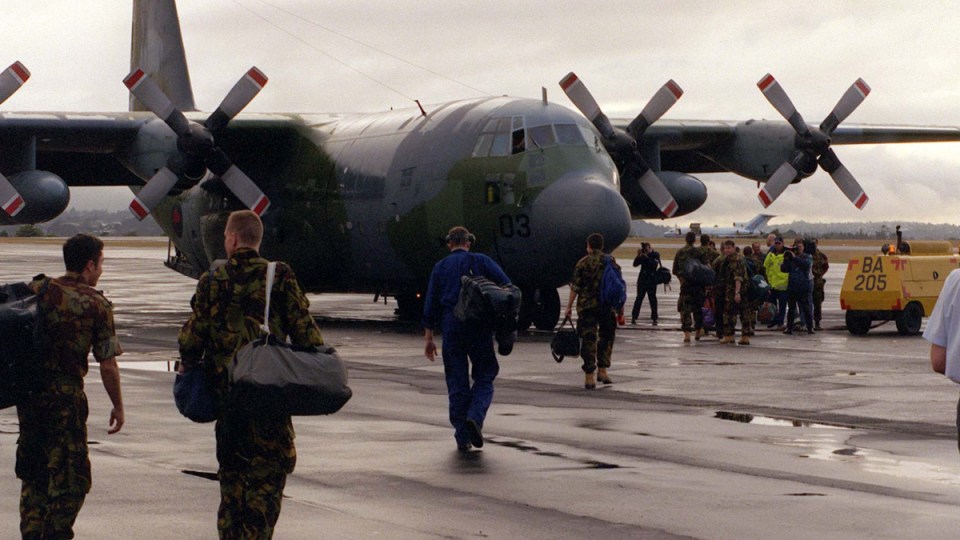 The New Zealand government said its troops would withdraw from Iraq by June 2020. Photo: Getty

Australia has vowed to “work closely” with New Zealand as the country withdraws its troops from Iraq, while refusing to confirm it will follow suit.

New Zealand’s defence minister announced on Monday that the nation would bring its troops home from Iraq over the next year – doing so “alongside of Australia”.

But Defence Minister Linda Reynolds would not confirm on Tuesday whether Australia’s mission would end at the same time, saying only that overseas operations were constantly under review.

“Australia is proud to support the Iraqi Security Forces, alongside its New Zealand counterparts.”

New Zealand has deployed personnel alongside Australian forces to train Iraqi soldiers at camp Taji, north of Baghdad, since 2015. It currently has 95 Kiwi troops there, along with about 300 Australian Defence Force personnel.

The Australian government has also been considering the future of Task Group Taji, amid speculation a ninth rotation of trainers, deployed in June, may be the last.

But it has made no formal announcement.

On Monday, NZ Defence Minister Ron Mark said the country’s contribution to the joint mission would end in the next year, with its troops to be gradually withdrawn by June 2020.

“Now it’s about mentoring and training trainers and then, alongside of Australia, exiting and having an exit plan. It’s not just New Zealand that’s downsizing here,” Mr Mark said.

“We will be downsizing alongside of them, working with them, not just walking away from the mission.”

Mr Mark said the goal of any training mission was to ensure it became a sustainable program.

“Significant progress has been made in this area, which will allow the mission to reduce in numbers and conclude within the next year,” he said.

New Zealand Prime Minister Jacinda Ardern added: “I think their deployment has changed but it’s not for me to ultimately put a date on their decision”.

She said she had discussed New Zealand’s withdrawal with Prime Minister Scott Morrison.

Kiwi and Australian soldiers have together trained about 44,000 Iraqi troops to fight Islamic State at the camp since their mission began.

Iraq’s government declared victory over the militant group in 2017.

New Zealand also said on Monday it would extend its mission in Afghanistan, although reducing its personnel from 13 to 11 and changing the nature of its work.