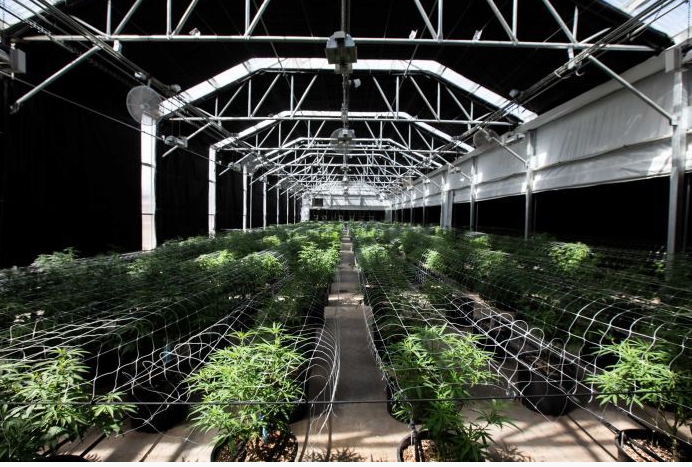 A legal Colorado pot farm - one of scores boosting the economy and hiking peril on the roads. Photo: ABC/Niall Lenihan

Marijuana has been legal in Colorado for five years. Business is booming, but there’s a dark side

It used to be a rare condition seen in only the most committed stoners: unrelenting extreme vomiting, nausea and abdominal pain brought on by years of regular marijuana consumption.

But for emergency room doctors in Colorado, patients coming in with Cannabis Hyperemesis Syndrome (CHS) is now a regular occurrence.

“[We see] people that smoke every day, unusually up to 10 times a day,” said Andrew Monte, a toxicologist at the UCHealth University of Colorado Hospital.

“We’ll get these episodes where [they] have this unremitting vomiting syndrome. They come into the emergency department because they’ve been throwing up,” he said.

CHS sufferers do not respond to typical anti-nausea medicine.
“We actually treat them with antipsychotics. That seems to be the most effective treatment,” Dr Monte said.

In 2014, Colorado became the first US state to make the recreational use of marijuana legal in what was called “the great experiment”.

Since then, the state’s economy has flourished and cannabis-related business is booming — but for emergency room doctors, there is a dark side.
Researchers like Dr Monte are doing groundbreaking work on the health impacts of legal marijuana.

His latest peer-reviewed research found that cannabis-related emergency room visits for psychiatric problems have increased fivefold in the state.

“Bad things can happen when people become psychotic. Here in Colorado, there were actually several people who jumped off balconies. One man shot his wife. That is concerning,” he said.

Dr Monte and his team at the emergency room say edible marijuana products, which can be far stronger and last far longer than smoking, are disproportionately to blame.

“The symptoms are a little bit different as well. For edible products, there are far more acute psychiatric symptoms and more cardiovascular symptoms than with inhaled products,” he said.

‘I was totally against it. And then look what happened’

Their lives changed forever last June when their 24-year-old daughter Amanda Hill drove out of their Denver driveway.

Ninety minutes later, they were told she was in a coma after being hit by stoned driver Francisco Sanchez.

They were left with the very thin solace of telling their daughter they loved her as she lay in a coma for three days before dying.

“She was a very beautiful young lady. She was a vet tech. She was talented. She just had a very bubbly personality; very sweet.”

Both the Hills voted against marijuana legalisation because they were concerned about stoned drivers on the roads. They are now living their worst nightmare.

“I was totally against it, just for the reason that our roads would not be safe. And then look what happened,” Mr Hill said.

Nothing will bring his daughter back, but Mr Hill has found purpose in speaking out about the dangers of legal recreational pot.

He has a warning for what could happen if Australia ever embarks on this radical social experiment.

“We need to send a message. That’s why I say to be careful what you wish for. You got to be very careful,” Mr Hill said. 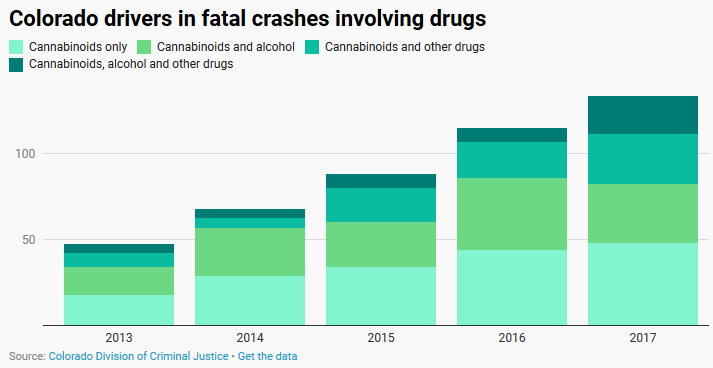 “You’ve got to say, if we’re going to legalise marijuana, there have to be serious consequences for driving under the influence or even impaired.

“Otherwise, I don’t think there is anything to stop people from jumping behind the wheel.”

While Colorado takes stock of the collateral damage of legal recreational cannabis, it is also enjoying the economic benefits.

It has turbocharged local businesses by taking operations from criminal gangs and turning them into legitimate enterprises like Los Suenos Farms.

Ryan Kinnison’s family farmed corn in Nebraska, but he grows marijuana in Colorado.

“We believe this is probably the largest legal farm here in North America. We have four cultivation licenses here that allow us to cultivate 36,600 plants,” he said.

The margins are certainly better than corn. Instead of a few dollars a kilogram, today’s powerful marijuana can sell for $2,100 a kilo and up.

That price has come down from the early days in 2014 when demand could not match supply, but it is still a margin most farmers can only dream of.

As well as being able to pay above the minimum wage and provide health benefits to his employees, it has given this region’s economy, which was declining, a burst of green-tinged smoke.

“With this cannabis industry, it’s created about 2,500 jobs for the local economy,” Mr Kinnison said.

“It’s also created about $US58 million in economic impact for associated businesses such as the contractors that we use and the electricians and housing, so it’s been really good for this community.”

Resistance was strong at the start, with occasional verbal abuse from locals unsure about where this experiment overturning 100 years of law would lead.

“There was some criticism that we’d left our [farming] roots and it’s bad for the community,” Mr Kinnison said.

“After five years, a lot of those people have accepted it or are supportive now of this industry because they’ve seen how legitimate it is.”

Security at the greenhouse is tight, with barbed wire fences, checkpoints and endless security cameras keeping watch. Workers need to be licensed and pass background checks.

Ultimately Mr Kennison believes that legal recreational cannabis has been good for the state of Colorado.

“It creates jobs, it provides treatments for people who have ailments. The doom and gloom part of it hasn’t happened. The world hasn’t stopped spinning,” he said.

‘I’d rather deal with somebody who’s high than drunk’

It has also sparked a roaring tourism trade.
Colorado Springs is nestled below Pikes Peak, the highest summit in the southern front range of the majestic Rocky Mountains.

“Welcome to Bud and Breakfast” is the greeting delivered by Rachel Lofton, who runs a small weed-themed inn with her parents.

They have transformed their establishment from an Airbnb rental to a place for tourists to get high.

The rooms are tidy and comfortable, but the real attraction at this family-run business is Cannabis Cove on the third floor.

Available there is a range of homemade cannabis-infused hand lotions, butter and even cannabis-flavoured liqueur.

Far from the reefer-madness stereotypes, Ms Lofton said cannabis tourists were not a problem.

“They’re really nice and laid-back, and I would say, for the most part, they’re respectful. I’d rather deal with somebody who’s high than drunk,” she said.

Across America, it appears legal weed is here to stay. Thirty-three states have some form of legal marijuana and more are coming on board every day.

At UCHealth University of Colorado Hospital, Dr Monte believes the surge in hospital visits will eventually plateau as people learn to safely navigate edibles and smoking.

He said legal marijuana had advantages, like offering people an alternative to the opioid medications ravaging his country — and of course, the tax dollars.

“Anything in excess causes problems. It’s really about moderation,” he said.
But Mr Hill’s world spins without as much light.

He is pushing for legislation to include a zero-tolerance policy for stoned drivers involved in fatal collisions.

Colorado’s laws and penalties were even criticised by the judge who sentenced Amanda’s killer. Judge Theresa Slade imposed the maximum sentence, but it did not seem right to Mr Hill.

“In my opinion, with the 50 per cent off [for] good behaviour, if you get a judgement of six years, you’re going to be out in three. And if your case didn’t come to court for almost a year, then that counts. So they are out in two years,” he said.

“My daughter’s life gets erased and they get another chance.”