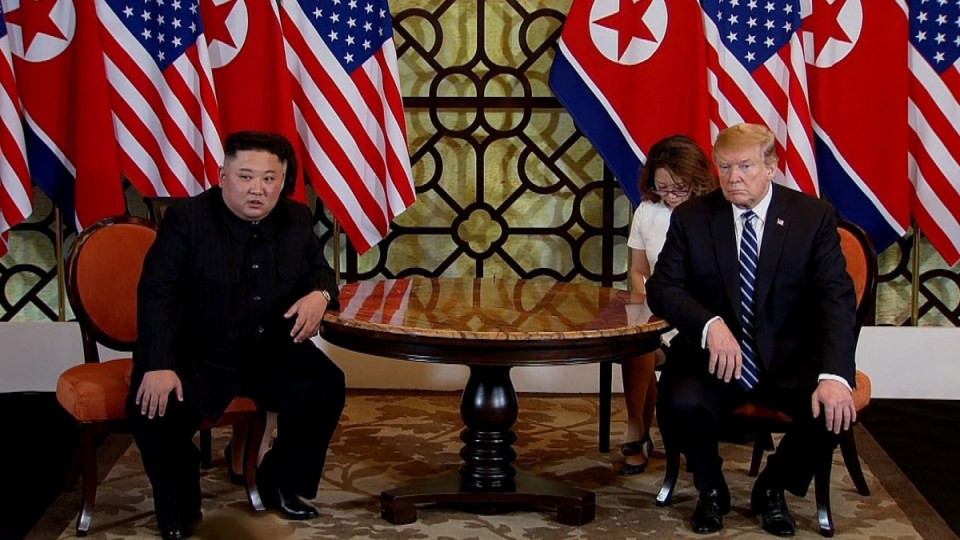 North Korea’s special envoy to the US has reportedly been executed and four other foreign ministry officials sent to prison camps after the collapse of the second US summit in Hanoi.

South Korean newspaper Chosun Ilbo reported the rogue state executed negotiator Kim Hyok Chol, holding him and four officials responsible for the collapse of talks with US President Donald Trump during the summit in late February.

“It was about the sanctions,” Mr Trump told reporters at the time as to why talks broke down, saying Mr Kim demanded the US lift economic sanctions “in their entirety”.

“Basically they wanted the sanctions lifted in their entirety, but we couldn’t do that.”

“We had to walk away from that particular suggestion,” he added.

Kim Yong Chol, a senior official who had been US Secretary of State Mike Pompeo’s counterpart in the run-up to the summit between President Donald Trump and leader Kim Jong-un in Hanoi, is also said to have been subjected to forced labour and ideological education, Chosun Ilbo said.

The North Korean leader is believed to be carrying out a massive purge to divert attention away from internal turmoil and discontent.

“Kim Hyok Chol was investigated and executed at Mirim Airport with four foreign ministry officials in March,” an unnamed North Korea source reportedly said, adding they were charged with spying for the US.

Kim Hyok Chol had been the negotiations counterpart to US special representative for North Korea Stephen Biegun before the summit.

Four other foreign ministry officials were severely disciplined for failing to reach agreements on reducing sanctions on their country, working towards a peace declaration and failing to agree on a plan for nuclear disarmament.

An unnamed South Korean government official said: “We are not aware of Kim Yo Jong’s track record since the Hanoi meeting … We understand that Kim Jong-un has made her lie low.”

Reuters reported North Korean state newspaper Rodong Sinmun said on Thursday that “acting like one is revering the Leader in front (of others) but dreaming of something else when one turns around, is an anti-Party, anti-revolutionary act that has thrown away the moral fidelity toward the Leader, and such people will not avoid the stern judgment of the revolution”.

Only 24 hours earlier, North Korea had further deflected attention on itself by accusing the US of having an “evil ambition” to conquer it by force.

A North Korean Foreign Ministry statement repeated complaints about the ongoing US sanctions campaign, including the seizure of one of the country’s biggest cargo ships, and warned that “use of strength is not at all a monopoly of the United States”.

The US State Department responded by saying the US “remains ready to engage in constructive discussions”.

NKorea executes special envoy to the US, punishes more after collapse of second summit with US