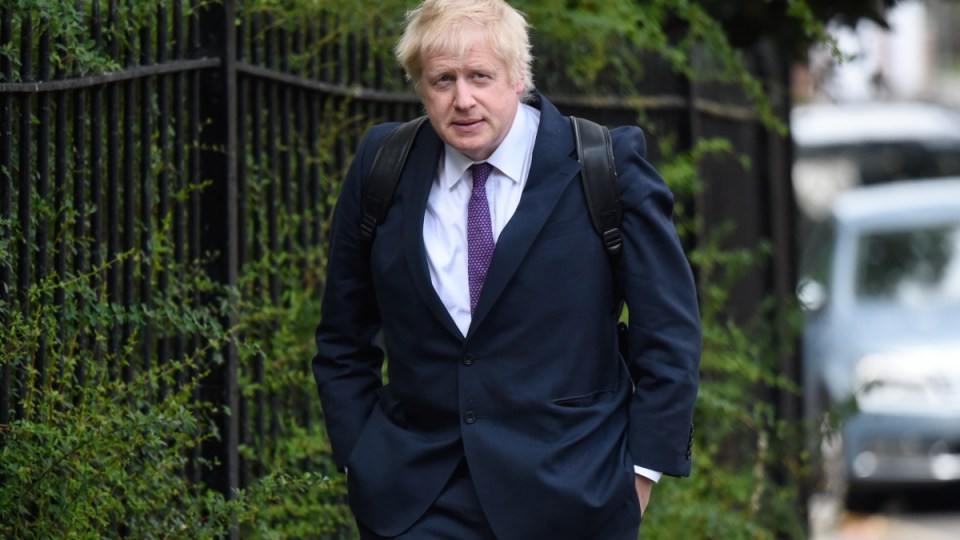 An English judge has ordered would-be British Prime Minister Boris Johnson to attend court to answer a private summons for allegations he lied to the public over Brexit.

Favourite to replace the departing Theresa May, the Tory leadership candidate stated Britain would be £350 million ($639 million) a week better off outside the EU in the lead-up to the 2016 Brexit referendum.

Famously emblazoned on a campaign bus, the number was a central and controversial part of the Leave campaign’s successful “take back control” message.

Opponents argued it was deliberately misleading and it became symbolic of the divisions caused by the referendum, which saw Britons vote by 52-48 per cent to leave the EU.

The summons was sought by “Brexit Justice”, a crowdfunded group seeking a private prosecution against Mr Johnson.

District Judge Margot Coleman ruled on Wednesday that Mr Johnson, a former British foreign secretary and ex-mayor of London, must answer a private summons alleging he had committed three criminal offences of misconduct in a public office.

“This means the proposed defendant will be required to attend this court for a preliminary hearing, and the case will then be sent to the Crown Court for trial,”  the judge said in a written ruling at Westminster Magistrates’ Court.

Mr Johnson’s lawyer, Adrian Darbishire QC, told court the case was a “stunt” that was being “brought for political purposes”.

BBC reports the preliminary hearing will take place at Westminster Magistrates’ Court and would be sent to the Crown Court for trial.

The £350 million figure was frequently used by the pro-Brexit Vote Leave group in the referendum campaign and featured on the side of a red bus – known as the Brexit Battle Bus –  calling for the UK to “fund our NHS instead”.

Mr Johnson, 54, faces three allegations of misconduct in public office, between February 21 and June 23, 2016 after he announced he was backing the Leave campaign, and April 18 to May 3, 2017 during the general election.

Misconduct in a public office carries a maximum sentence of life in prison and if he were found guilty, it could spell the end of Mr Johnson’s political career.

Critics said the case itself showed he was unfit to be prime minister although other commentators suggested it could boost his leadership campaign by burnishing the anti-establishment image Eton- and Oxford-educated Mr Johnson has cultivated.

Wednesday’s news follow Mr Ball’s lawyers lodging an application in February to summons Mr Johnson, claiming the MP had deliberately misled the public during the first campaign, and repeated the statement during the second.

The timing of the summons comes at a particularly bad time for Mr Johnson, as his colleagues consider contesting a leadership battle.

District Judge Margot Coleman also wrote: “I accept that the public offices held by Mr Johnson provide status, but with that status comes influence and authority.

“I am satisfied there is sufficient to establish prima facie evidence of an issue to be determined at trial of this aspect.”

The one-time editor of The Spectator, who later served as Mayor of London from 2008 to 2016, was quoted in 2004 as saying “My chances of being PM are about as good as the chances of finding Elvis on Mars, or my being reincarnated as an olive.“