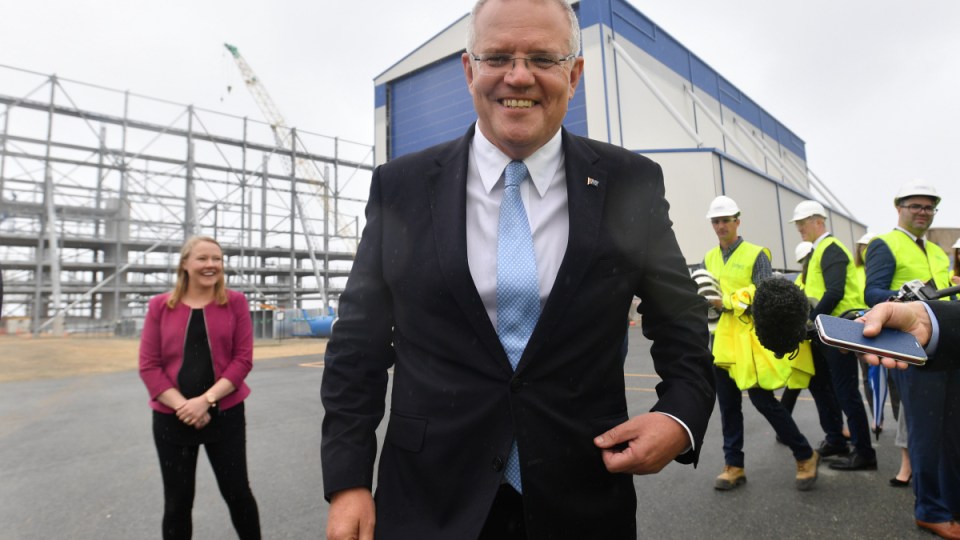 Scott Morrison has a fan in the White House. Photo: AAP

As the Coalition edges closer to the 76 seats, Scott Morrison has a new fan – Donald J. Trump.

The US President tweeted his congratulations to an ideological ally almost as soon as the Coalition’s “miracle” victory became apparent.

The White House said he and Morrison had spoken by phone and “pledged to continue their close co-operation on shared priorities”.

Congratulations to Scott on a GREAT WIN! https://t.co/IKxDrQmHfV

The result has been cheered by conservatives in the US and compared to Mr Trump’s surprise 2016 presidential win when polls had predicted he didn’t have a chance against Hillary Clinton.

The result drew comparisons with Trump’s victory in 2016, when the real estate mogul defied polls and pundits to defeat Democratic rival Hillary Clinton by winning over the so-called silent majority.

“I know that under your leadership the great friendship between Australia and Israel will grow even stronger,” Netanyahu said to Morrison on Twitter.

Congratulations to my dear friend @ScottMorrisonMP for the election victory. I know that under your leadership the great friendship between Australia and Israel will grow even stronger. 🇮🇱🇦🇺

Morrison has also been in touch with US Vice-President Mike Pence and had contact from the UK. He was expected to speak to Prime Minister Theresa May on Sunday afternoon AEST.