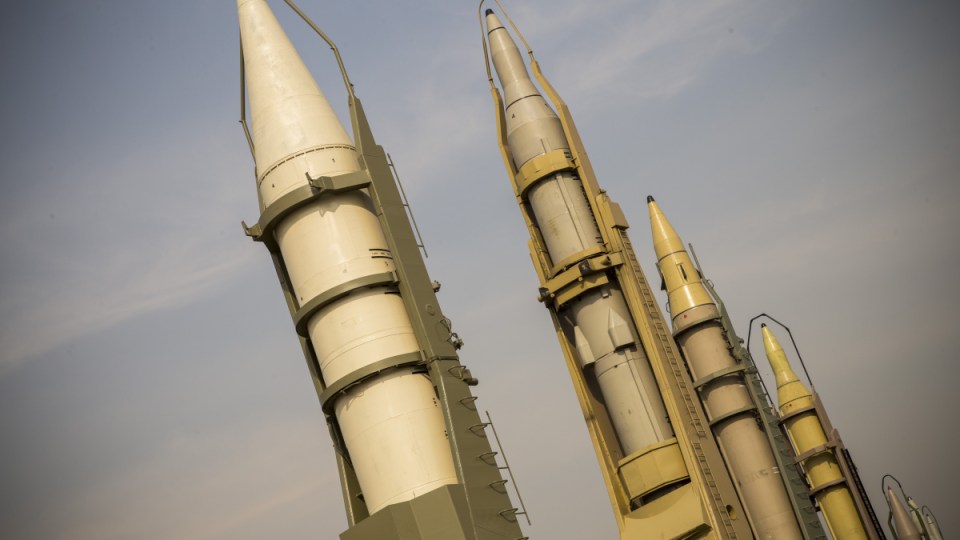 The White House has not released the intelligence photos of the missiles. Photo: Getty

The intelligence that prompted the White House to escalate its warnings about a threat from Iran came from photographs of missiles on small boats in the Persian Gulf that were put on board by Iranian paramilitary forces, three US officials said.

Overhead imagery showed fully assembled missiles, stoking fears that the Islamic Revolutionary Guards Corps would fire them at US naval ships. Additional pieces of intelligence picked up threats against commercial shipping and potential attacks by Iranian proxy forces on US troops in Iraq.

But just how alarmed the Trump administration should be at the new intelligence is a subject of fierce debate among the White House, the Pentagon, the CIA and America’s allies.

The photographs presented a different kind of threat than previously seen from Iran, said the three officials, who spoke on the condition of anonymity because they were not authorised to talk about it publicly.

Taken with the other intelligence, they could indicate that Iran is preparing to attack US forces. That is the view of John Bolton, President Donald Trump’s hard-line national security adviser, and Secretary of State Mike Pompeo.

But other officials – including Europeans, Iraqis, members of both parties in Congress and some senior officials within the Trump administration – said Iran’s moves might mostly be defensive against what Tehran believes are provocative acts by Washington.

Either way, the questions about the underlying intelligence, and complaints by lawmakers that they had not been briefed on it, reflect the deep mistrust of Mr Trump’s national security team.

The State Department ordered the partial evacuation of the US Embassy in Baghdad on Wednesday, a move that one senior US official said was an overreaction to the intelligence and could possibly do more to endanger diplomats than to keep them safe.

Speaker Nancy Pelosi of California, in a closed-door meeting of House Democrats, criticised the administration’s lack of transparency on the intelligence, according to a Democratic aide. She also said that the administration must consult Congress before taking any action.

As military officials struggled to show that the threat from Iran was growing, intelligence officials declassified a photograph of one of the small boats, called dhows, carrying what was described as a functional Iranian missile.

The Pentagon has not released the photograph. On its own, two US officials said, the photograph was not compelling enough to convince the American public and lawmakers, nor foreign allies, of the new Iranian threat.