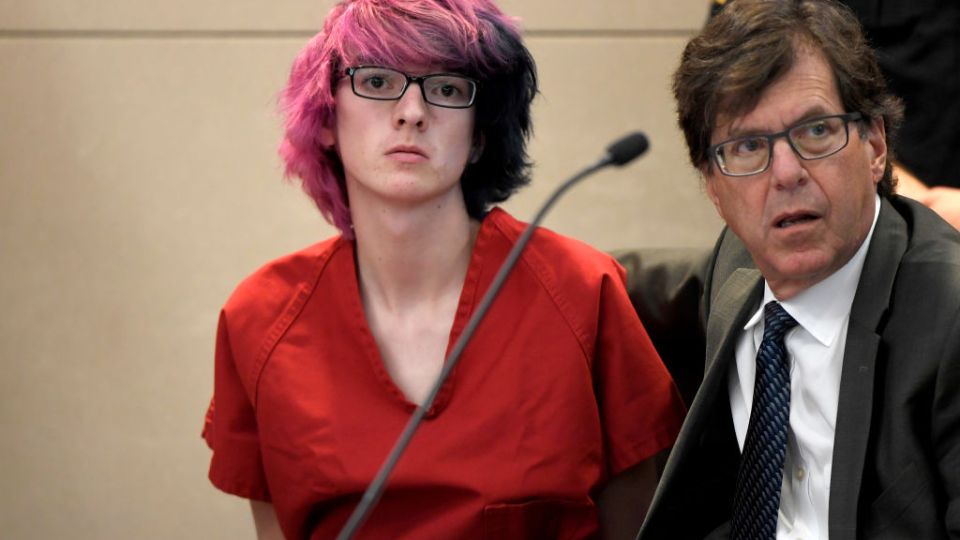 Devon Erikson, 18, has been charged after a shooting at a Denver high school which killed one student and injured eight others. Photo: Getty Images

Two teenagers accused of fatally shooting a classmate and wounding eight others at a Colorado high school have been formally charged.

Devon Erickson, 18, and Alec McKinney, 16, are accused of opening fire on fellow students in two classrooms at the Science, Technology, Engineering and Math (STEM) charter school in Highlands Ranch, Colorado, on May 7.

McKinney, who identifies as male, was listed on the court docket as Maya Elizabeth McKinney.

Douglas County District Judge Theresa Slade has put the charges along with the entire case file under seal, banning the public from seeing it.

But during Wednesday’s open court hearing it was disclosed that McKinney has been charged with first-degree murder and is being tried as an adult.

Both Erickson and McKinney, who are being held without bond, were arrested on suspicion of a single count of first-degree murder and 29 counts of attempted murder immediately after the attack.

Denver’s ABC affiliate television station has reported that the two pistols used in the attack were stolen from the home of Erickson, whose parents had purchased the guns legally.

The Douglas County Sheriff’s Office has declined to comment.

The student killed in the attack, Kendrick Castillo, is to be honoured at a memorial service on Wednesday at a Highlands Ranch church.

WATCH: Memorial for Kendrick Castillo, who was killed in the STEM School shooting https://t.co/aLog1fnfuI

The 18-year-old robotics enthusiast and aspiring engineer was shot dead three days before graduation when he and two other students charged the shooters in an effort to disarm them, authorities said.

The attack occurred less than a month after the 20th anniversary of the Columbine High School massacre in nearby Littleton, in which two students shot 13 people to death before committing suicide.