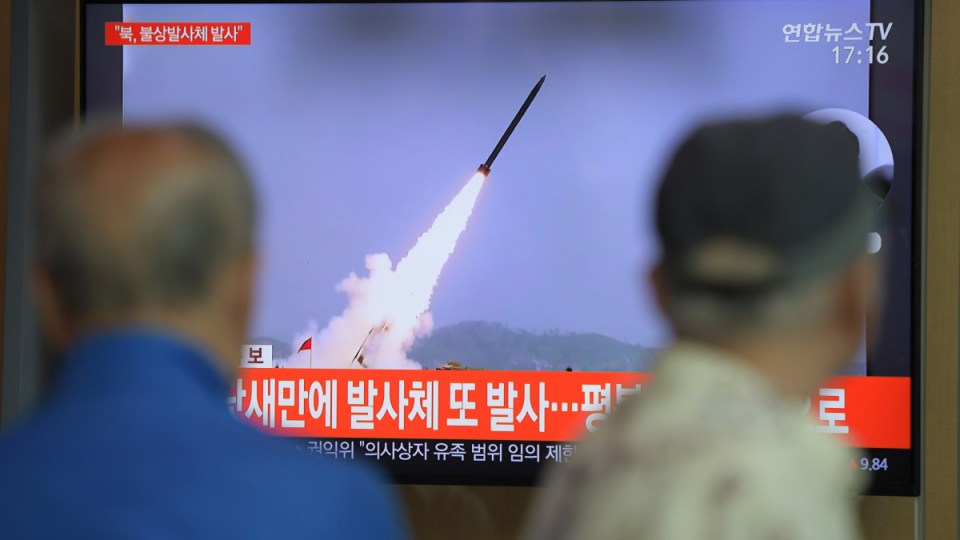 Tensions between burgeoning nuclear power North Korea and the United States have dramatically deteriorated overnight amid reports of new missile tests and a major ship seizure.

Hours later, the US Justice Department announced it had seized the North Korea cargo ship, Wise Honest, which officials allege violated US and United Nations sanctions by illicitly shipping coal.

The fresh missile tests came less than a week after Mr Kim oversaw the launches in a resumption of the reclusive nation’s contentious testing program.

The two missiles were fired on Thursday afternoon from the northwest area of Kusong, in an easterly direction, the South’s Joint Chiefs of Staff said in a statement.

They covered distances of 420km and 270km and reached an altitude of about 50km before falling into the sea, they said.

“North Korea has returned to its classic escalation tactics from before,” Yang Uk, a senior research fellow at the Korea Defence and Security Forum said.

“I believe they will keep escalating by using what appear to be short-range missiles, something that will not cause the US to react right away.”

“The relationship continues … I know they want to negotiate, they’re talking about negotiating. But I don’t think they’re ready to negotiate,” he added.

Mr Trump and Mr Kim have met twice in the past year, with Washington seeking curbs on Pyongyang’s nuclear program and North Korea pursuing sanctions relief.

The Wise Honest cargo ship, which was first confiscated by maritime authorities in Indonesia in April 2018, is now in the possession of the US and is currently approaching US territorial waters, a Justice Department official said.

The 17,061-ton vessel, which also was used to deliver heavy machinery to North Korea, is one of the country’s largest bulk carriers, the Justice Department said.

The case marks the first time the US has seized a North Korean cargo vessel for violating sanctions.

“This sanctions-busting ship is now out of service,” John Demers, the head of the Justice Department’s National Security Division, said in a statement.

According to UN sanctions monitors, the Wise Honest was transporting 25,500 tons of coal when it was detained by Indonesia in April 2018.

The UN report estimated the value of the ship’s coal cargo was around $US3 million ($4.2 million).

The US has separately called on North Korea to dismantle camps estimated to be holding tens of thousands of political prisoners.

“The human rights situation in North Korea is deplorable and has no parallel in the modern world,” senior US diplomat Mark Cassayre told the UN Human Rights Council on Friday during a five-year review of North Korea’s record.

UN rights investigators estimate between 80,000 and 120,000 people are in political detention camps in North Korea where torture and other violations are taking place that they say may amount to crimes against humanity.