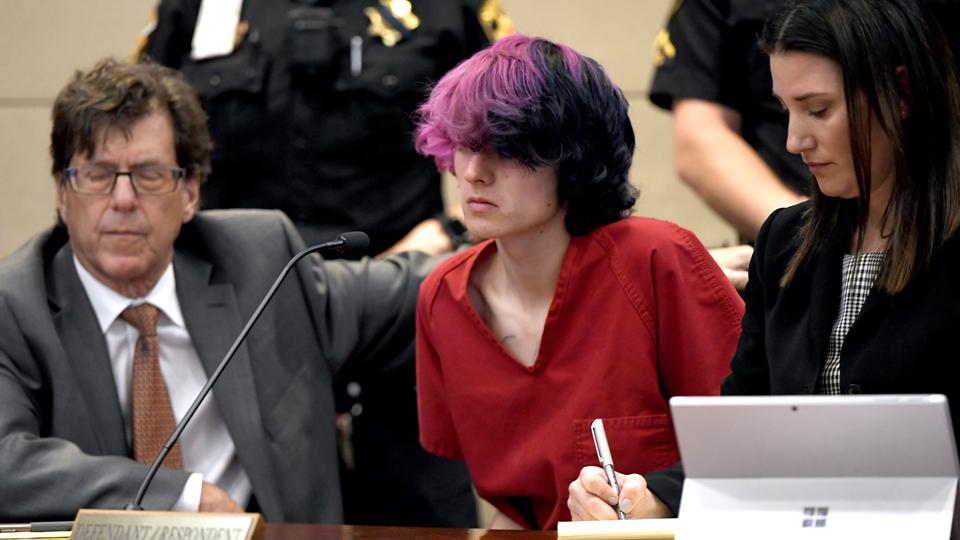 The 18-year-old killed in the US’s latest horrific school shooting has been hailed as a hero, after it was revealed he died after lunging at a classmate who pulled out a gun.

Kendrick Castillo was watching The Princess Bride in his British literature class at STEM School Highlands Ranch in Colorado when the shooter pulled out a gun, telling everyone to stay still.

After Kendrick lunged at the shooter, three other students also tackled the gunman and tried to subdue him while the rest of the class fled the room.

“I know that because of what he did, others are alive, and I thank God for that. I love him. And he is a hero and he always will be,” Kendrick’s father, John Castillo, told CNN.

“He just loved people that much.”

Student Nui Giasolli told NBC’s Today show that Kendrick’s swift actions gave the rest of the class time to get underneath their desks and then run across the room to escape.

“Kendrick,” Nui further told CNN, “lunged at him and tried to subdue him. As soon as he said, ‘Don’t you move,’ Kendrick lunged, giving us all enough time to hide under our desks, and the shooter ended up shooting Kendrick.”

“They are so brave. They all risked their lives to make sure that 10, 15 of us all got out of that classroom safe and that we were able to go home to our families … There is nothing greater in this world than these kids willing to do that.”

Brendan Bialy, who is another STEM School student and a US Marines recruit, also charged the shooter, authorities and witnesses said.

Mr Bialy, 18, said the attacker fatally wounded Mr Castillo, before he was able to wrestle the attacker’s firearm away.

“What I saw yesterday was the absolute best of people,” he said.

Mr Castillo said his son, who was just away from graduating high school, hosted holiday gift exchanges at his home, shared his toys as a child and would pay for a friend’s movie tickets if someone didn’t have money.

“Be selfless, that’s what my son was, and it got him killed, but he saved others,” Mr Castillo said.

He has been described by friends to the media as a “relentless tinkerer”, with an “infection smile and gentle sense of humour”.

He had a part-time job at a local manufacturing company, where he’d reportedly been offered an internship.

The bereaved dad spoke as two teenage students accused of fatally shooting Kendrick and wounding eight other students in the suburban Denver school on Tuesday made separate court appearances, a day after their arrest on suspicion of murder and attempted murder.

Douglas County District Judge Theresa Slade ordered the two suspects to remain held without bond pending their next court hearings on Friday. Formal charges are expected to be filed then.

The two youths are accused of opening fire with handguns on fellow students on Tuesday in two classrooms at the STEM School in Highlands Ranch, about 40 kilometres south of Denver.

Devon Erickson, the 18-year-old defendant who prosecutors said they were treating as an adult, sat silently at a small table with his head bowed, hands shackled to his waist.

His 16-year-old accused accomplice, referred to in court by his lawyer as Alec McKinney, was listed on the court docket by the name Maya Elizabeth McKinney but was addressed by the judge during the hearing as Mr McKinney.

Denver’s ABC television affiliate, citing an unidentified police source, has reported that the younger suspect identified as transgender and had been bullied for it.

District Attorney George Brauchler said he would decide by Friday whether to charge Mr McKinney as a juvenile or adult.

The judge refused a defence request to unshackle Mr McKinney for the hearing.

No pleas were entered.

‘Heroic’ shooting victim died trying to save his classmates