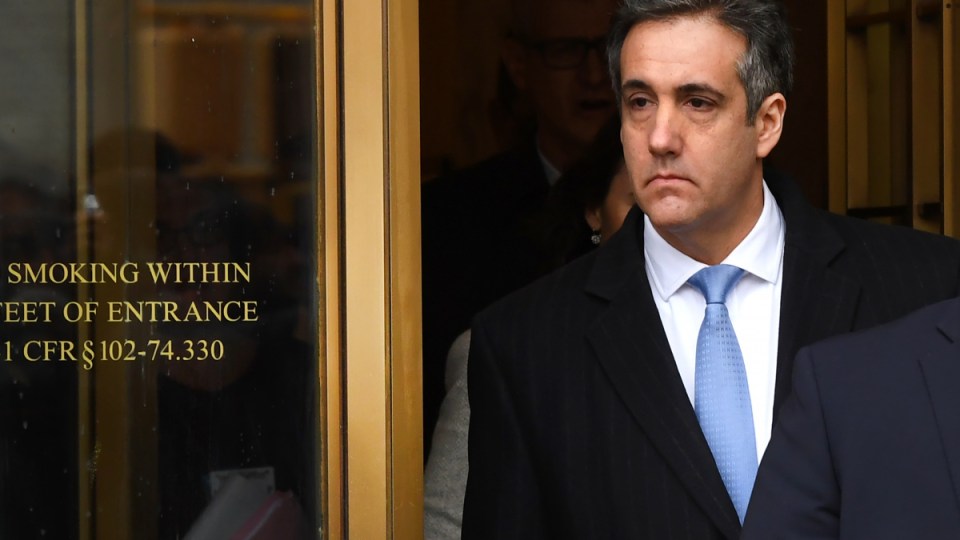 Cohen pleaded guilty and was sentenced last year for campaign finance violations related to hush-money payments he made to two women, along with lying to Congress and financial crimes.

Cohen, who previously accused Mr Trump of telling multiple lies on his way to becoming president and after taking office, took another swipe at his former client before leaving his home for the federal corrections facility in Otisville, north of New York City.

“There still remains much to be told, and I look forward to the day that I can share the truth,” the 52-year-old told reporters on Monday.
He added that he hopes the country will be in a place “without xenophobia, injustice and lies at the helm of our country” when he gets out.

Cohen’s relationship with Mr Trump collapsed after an FBI raid on his home and office last year. Cohen began to co-operate with investigators after the raid.

He also gave damaging testimony to a congressional panel in February, telling lawmakers that Mr Trump used personal funds to repay him for the hush-money payments made to adult film actress Stormy Daniels and Playboy model Karen McDougal.

Cohen also called Mr Trump a “racist”, a “conman” and a “cheat” in the testimony.

Cohen also said Mr Trump was aware of the scheme to pay Daniels $US130,000 ($A185,773) in exchange for her silence about the alleged affair and that cheques to reimburse him were written during his time in office.

Mr Trump initially denied knowing about the payments, though later admitted he was aware of them. He has called the payments “a simple private transaction”, while pinning all legal responsibility on Cohen.

Cohen in March sued the Trump organisation for $US1.9m ($A2.7m) in a lawsuit against his former employer, saying he has not been paid for his expenses since he began to co-operate with prosecutors.

Mr Trump responded by saying Cohen told a number of lies, including about wanting a job at the White House and the pardon, which Mr Trump said he declined.