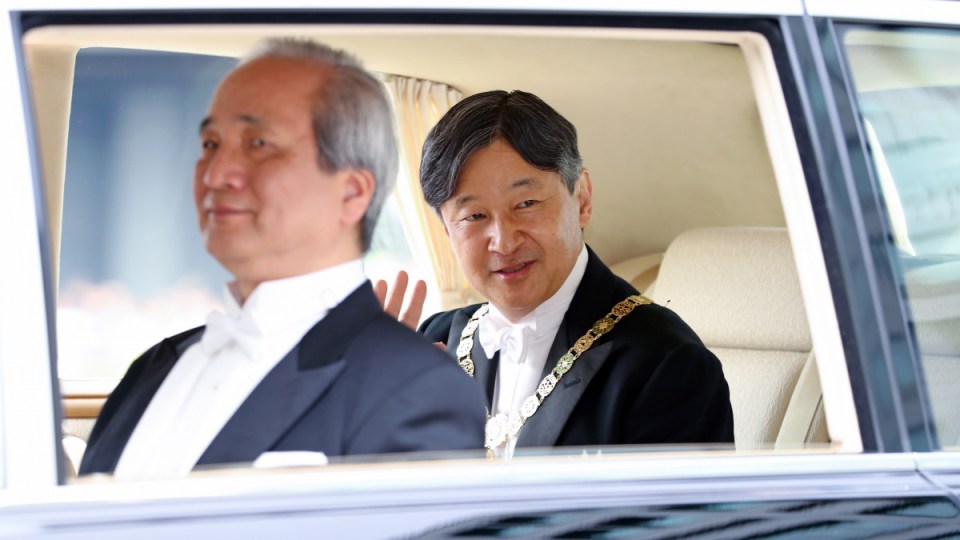 Japan’s Emperor Naruhito has expressed hope for world happiness and peace in his first speech since he took the throne.

The new Emperor succeeded his father, Akihito, who became the first Japanese monarch to abdicate in more than 200 years on Tuesday.

The Oxford-educated Naruhito’s ascension marks the beginning of the Reiwa era and the end of the 31-year Heisei era.

On Wednesday, Naruhito made a short speech where he thanked his father for his 30 years of service.

“He showed profound compassion through his own bearing. I would like to express my heartfelt respect and appreciation,” he said.

During the ceremony Naruhito said that he felt a “sense of solemnity” about stepping into the role.

How the ceremony unfolded

Naruhito became Emperor at midnight on Tuesday, when the new era began in Japan.

He then took part in a ceremony that formalised his ascension.

The deeply symbolic ritual, known as the Ceremony for Inheriting the Imperial Regalia and Seals began at 10.15am on Wednesday at the Imperial Palace in Tokyo.

At the ceremony, Naruhito – flanked by his brother and heir Crown Prince Akishino – symbolically received two objects, a sword and a gem.

The objects are passed down through generations of emperors and are seen as the symbols of imperial power.

An additional object, a mirror, completes the trifecta.

However, the mirror, considered to be the most precious of the three, never leaves its resting place. It is rumoured to be kept in the Ise Grand Shrine in Mie prefecture.

As is tradition, female royals were not permitted to attend the first part of the ceremony, so Empress Masako, Emperor Naruhito’s wife, was initially absent.

Satsuki Katayama, a member of Japanese Prime Minister Shinzo Abe’s cabinet, made history by becoming the first female to witness the entire ceremony.

After Naruhito received two of the treasures, the royal women entered the room for the second part of the ceremony.

On the completion of the ceremony, Naruhito officially became Japan’s 126th emperor and the first day of Reiwa commenced.

Naruhito is married to Masako, a Harvard-educated former diplomat and the pair have one child, Princess Aiko.

Feelings on the street

On Wednesday throngs of  people celebrated the start of the new imperial era.

Despite the events nationwide, there is a mix of celebration and reminiscence for many Japanese.

For many, outgoing emperor Akihito saw Japan through difficult periods – the 2011 tsunami and nuclear disaster, the 1995 Kobe quake and the Tokyo subway sarin gas attack.

He was also regarded as an emperor with a ‘human touch’ who often tried to be around everyday Japanese people.

Standing outside the Imperial Palace, 64-year-old Naoomi Kuroshima said he had mixed feelings about the past few days.

“I’m sad, but also hopeful,” he said. “I hope it will be a peaceful, gentle period for the second half of my life.”

Eiji Kaneko, a restaurant owner from Osaka, said he had decided to look at the ascension as symbolic of change in Japan.

”More tourists and foreigners are coming to Japan and that’s helping the economy and starting to change attitudes,” Mr Kaneko said.