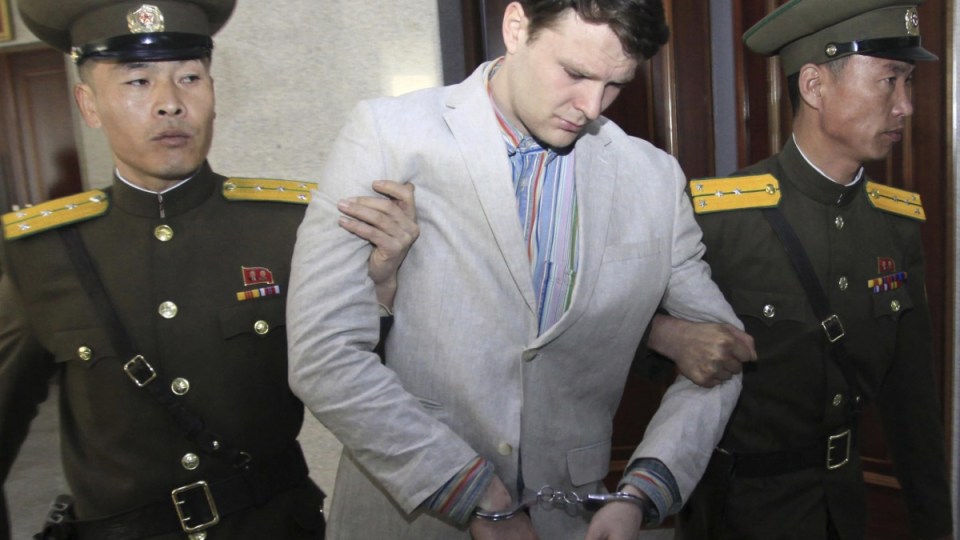 Otto Warmbier died six days after returning to the US in a coma. Photo: AP

US President Donald Trump reportedly approved the payment of $US2 million ($2.85 million) to North Korea to pay for its care of comatose American Otto Warmbier.

The Washington Post reported Friday that an invoice was handed to State Department envoy Joseph Yun hours before Mr Warmbier, 22, was flown out of Pyongyang in a coma on June 13, 2017.

The US envoy, who was sent to retrieve Mr Warmbier, signed an agreement to pay the medical bill on instructions passed down from Mr Trump, the Post reported, citing two unidentified people familiar with the situation.

“We do not comment on hostage negotiations, which is why they have been so successful during this administration,” White House spokeswoman Sarah Sanders told Reuters.

Mr Yun also said he could not comment on diplomatic exchanges.

The bill was sent to the Treasury Department and remained unpaid through 2017, the Post reported. It was not known if the administration later paid the bill.

Mr Warmbier, a student at University of Virginia visiting North Korea as a tourist, was imprisoned there for 17 months starting in January 2016.

North Korea state media said he was sentenced to 15 years hard labour for attempting to steal an item bearing a propaganda slogan from his hotel.

Reached by phone, Fred Warmbier, Otto Warmbier’s father, declined to comment on the report or to confirm the Post’s account that he had said the hospital bill sounded like ransom.

Mr Warmbier’s parents issued a sharp statement in March after Mr Trump said he believed North Korean leader Kim Jong-un’s claim not to have known how their son was treated.

The US president also praised Mr Kim’s leadership after their second summit collapsed in February in Hano, when the two sides failed to reach a deal for Pyongyang to give up its nuclear weapons.

“Kim and his evil regime are responsible for the death of our son Otto,” Fred and Cindy Warmbier said in March.

“Kim and his evil regime are responsible for unimaginable cruelty and inhumanity. No excuses or lavish praise can change that.”

A US court in December ordered North Korea to pay $US501 million ($714 million) in damages for the torture and death of Mr Warmbier.

An Ohio coroner said Mr Warmbier died from a lack of oxygen and blood to the brain. Pyongyang blamed botulism and ingestion of a sleeping pill and dismissed torture claims.