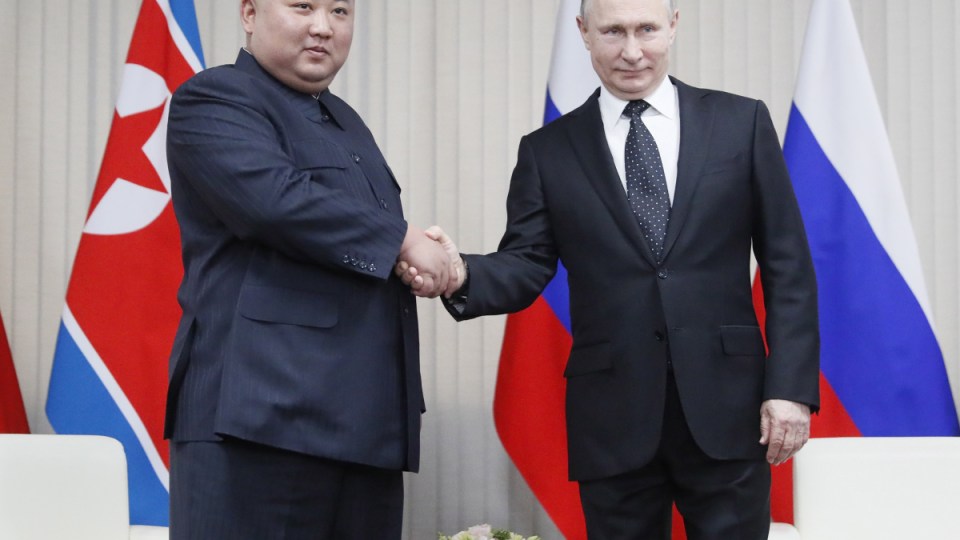 North Korean leader Kim Jong-un has met Russian President Vladimir Putin at a summit designed to show that Washington is not the only power able to set the agenda on Pyongyang’s nuclear program.

The two men embarked on a day of talks on an island off the Russian Pacific city of Vladivostok two months after Kim’s summit with US President Donald Trump ended in disagreement, cooling hopes of a breakthrough in the decades-old nuclear row.

Mr Putin and Mr Kim, in their first ever face-to-face encounter, shook hands outside the summit venue, a university campus, then sat down in a conference room to exchange greetings in front of the television cameras.

Mr Putin said he hoped Mr Kim’s visit would “help us better understand by what means we can reach a settlement on the Korean peninsula, what we can do together, what Russia can do to support the positive processes now under way.”

“Without question we welcome your efforts to develop dialogue between the Koreas, and to normalise North Korean-US relations,” Mr Putin said.

Mr Kim, who had arrived in Vladivostok a day earlier on board his armoured train, told Mr Putin the meeting would help strengthen and develop ties between Russia and North Korea, which share a long history of friendship.

“As world attention is focused on the Korean Peninsula, there will be very meaningful dialogue for us to jointly assess the Korean peninsula policies and share, co-ordinate and study our views,” Mr Kim said.

The summit in Vladivostok provides Pyongyang with an opportunity to seek support from a new quarter, Russia, and possible relief from the sanctions hurting its economy.

For the Kremlin, the summit is a chance to show it is a global diplomatic player, despite efforts by the United States and other Western states to isolate it.

But with Moscow committed to upholding sanctions until the North dismantles its nuclear program, analysts said the summit was unlikely to produce any tangible help for Pyongyang, beyond a show of camaraderie.