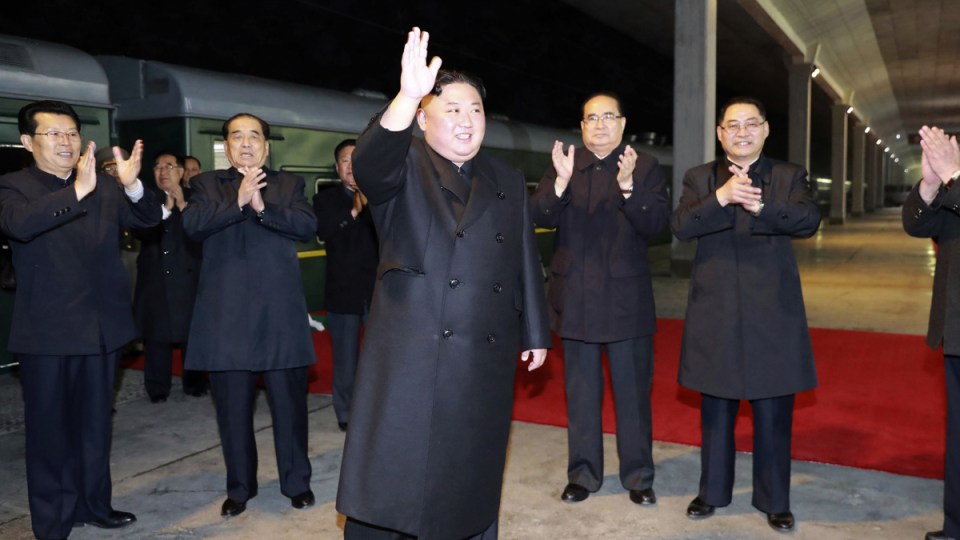 Kim Jong-un is seen departing North Korea in this image supplied by his government. Photo: AAP

The meeting between Mr Kim and Mr Putin, their first, is scheduled to be held on Thursday in the eastern port city of Vladivostok, which lies near the border with China and North Korea.

It will be Mr Kim’s first official visit to Russia.

He was expected to arrive at the Russian border station in Khasan via armoured train about 10am on Wednesday (local time), Interfax reported.

The North Korean leader will apparently make a brief stop there to visit a house where his father, Kim Jong-Il, and grandfather, Kim Il-Sung, also made stops during their travels.

Mr Kim has held two summits with US President Donald Trump as Washington, an ally of South Korea, seeks denuclearisation of the Korean Peninsula.

The second meeting, in Hanoi in February, ended abruptly with Mr Trump saying North Korea had made unacceptable demands about lifting sanctions.

North Korean foreign minister later denied that, saying Mr Kim had asked for a partial lifting of sanctions and had also offered to permanently halt nuclear and long-range rocket testing.

Tensions between Pyongyang and Washington have continued to simmer following the two summits, with North Korea recently calling for the replacement of US Secretary of State Mike Pompeo as a negotiator.

It was the country’s first known weapons test since February’s failed US-North Korea summit in Hanoi.

Kim Jong-un on his way to meet Putin in Russia