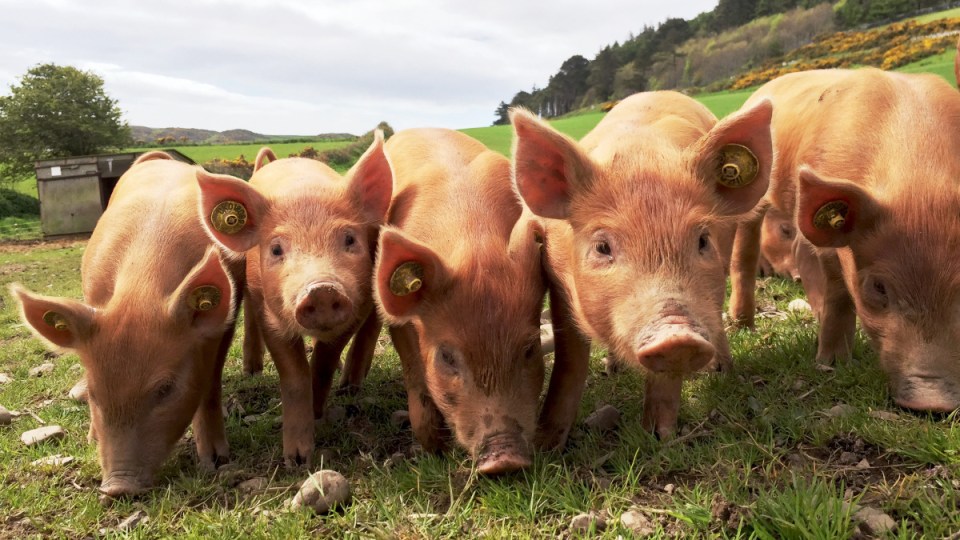 Scientists revived some cell function in the brains of 32 dead pigs. Photo: Getty

Scientists have restored function in the brains of dead pigs, opening up a new avenue in treating human brain damage caused by strokes and other injuries.

Four hours after the animals had been killed in a slaughterhouse, a team of researchers from Yale University rebooted some of the cell function in the brains of 32 decapitated pigs.

In a study published on Thursday (Australian time) in the journal Nature, scientists say they have discovered how to prevent brain cells from sustaining irreparable damage as blood stops circulating.

Researchers say the technique could restore some of the cells’ functions such as the ability to take in glucose and oxygen for up to six hours at a time.

The findings may go so far as to lead to better treatments for brain damage caused by stroke or other injuries that deprive the brain of oxygen.

The findings could also provide new ways of researching cognitive diseases, such as Alzheimer’s.

Dr Nita Farahany, an ethicist who wasn’t involved in the research, told the New York Times the discovery was “mind-blowing” and even “groundbreaking”.

“It also really fundamentally changes a lot of what the existing beliefs are in neuroscience about the irreversible loss of brain function once there is deprivation of oxygen to the brain,” she said.

While some brain cells lived, the team could not restore consciousness to the slaughtered pig heads as no activity was detected in their brains after the experimental treatment had been completed.

The authors maintain “no animals died for this study”.

Four hours after they had been decapitated at an abattoir and transported to Yale University, researchers surgically removed the brains and placed them in a chamber which uses a series of pumps to carry fluid to the brains and reestablish the circulation of blood vessels.

During six hours in the so-called BrainEx system (10 hours after the pigs were decapitated), these dead brains showed signs of activity. Some nerve cells appeared healthy and could still fire off signals.

The brain responded normally to medication and used up the same amount of oxygen as a normal brain, the researchers found.

Dr Andrea Beckel-Mitchener, from the Brain Initiative at the US National Institute of Mental Health, told the BBC the research “could lead to a whole new way of studying the post-mortem brain”.

“It also could stimulate research to develop interventions that promote brain recovery after loss of brain blood flow,” she said.

The results suggest that brains are much more resilient than once thought and may even alter the definition of brain death.

Offord University professor of medical ethics Dominic Wilkinson said “Once someone has been diagnosed as ‘brain dead’ there is currently no way for that person to ever recover.

“The human person that they were has gone forever.

“If, in the future, it were possible to restore the function of the brain after death, to bring back someone’s mind and personality, that would, of course, have important implications for our definitions of death,” Professor Wilkinson said.