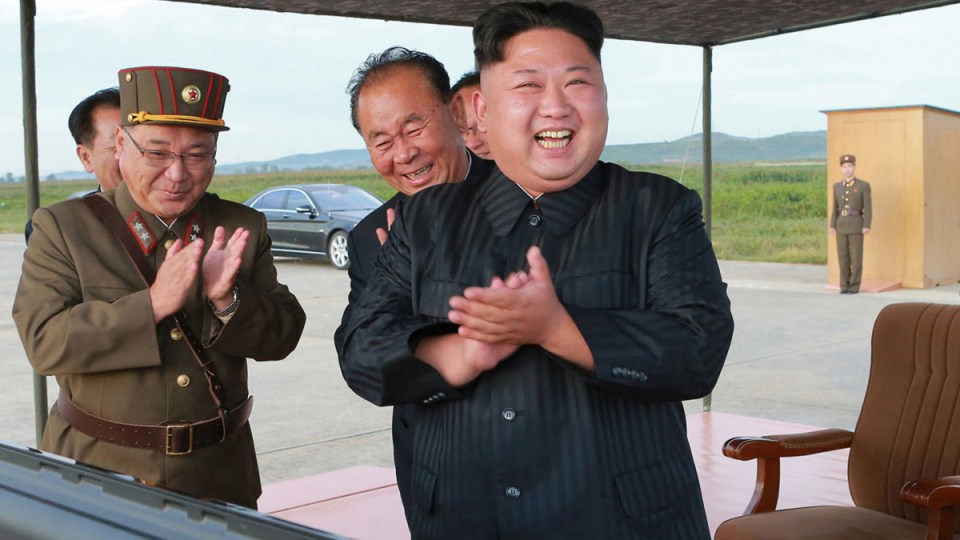 It is North Korea’s first public weapons test since the second US-North Korea summit in Hanoi ended with no agreement in February.

KCNA did not describe exactly what the weapon was, including whether it was a missile or another type of weapon, but “tactical” implies a short-range weapon, as opposed to the long-range ballistic missiles that have been seen as a threat to the United States.

Nevertheless, the missile has a “peculiar mode of guiding flight” and “a powerful warhead”, KCNA said.

“The development and completion of this weapons system will be a great historic event in strengthening the combat capability of the People’s Army,” Mr Kim said, according to KCNA.

“I was often completely moved in admiration at the time of strategic weapons development but seeing this it seems our scientists, engineers and the labor class is truly great. If they are willing then no weapon is beyond creation.”

Last year, Mr Kim had also overseen a test of an unidentified “tactical weapon” in November, according to state media, which could protect North Korea like a “steel wall”.

Kim Dong-yub, a military expert at Kyungnam University’s Institute of Far Eastern Studies in Seoul, said the description that the test was “conducted in various modes of firing at different targets” likely meant that it could be launched from the ground, sea and air.

Kim Jong-un also oversaw the test of an unidentified tactical weapon in November that could protect North Korea like a “steel wall”, according to state media. It was not clear whether it was the same weapon tested this week.

A US official said that, according to initial information, US Northern Command and Strategic Command did not detect a missile launch from North Korea.

Further checks were underway, said the official, who spoke on condition of anonymity.

A White House official said: “We are aware of the report and have no further comment.”

The news of Mr Kim’s visit to the tactical weapon testing site comes after the North Korean leader visited the North Korean Air and Anti-aircraft Force on Tuesday, according to KCNA. There, he inspected a flight drill and expressed “great satisfaction” at its combat readiness.

Meanwhile, satellite images from last week show movement at North Korea’s main nuclear site that could be associated with the reprocessing of radioactive material into bomb fuel, the Centre for Strategic and International Studies in the US said on Tuesday.