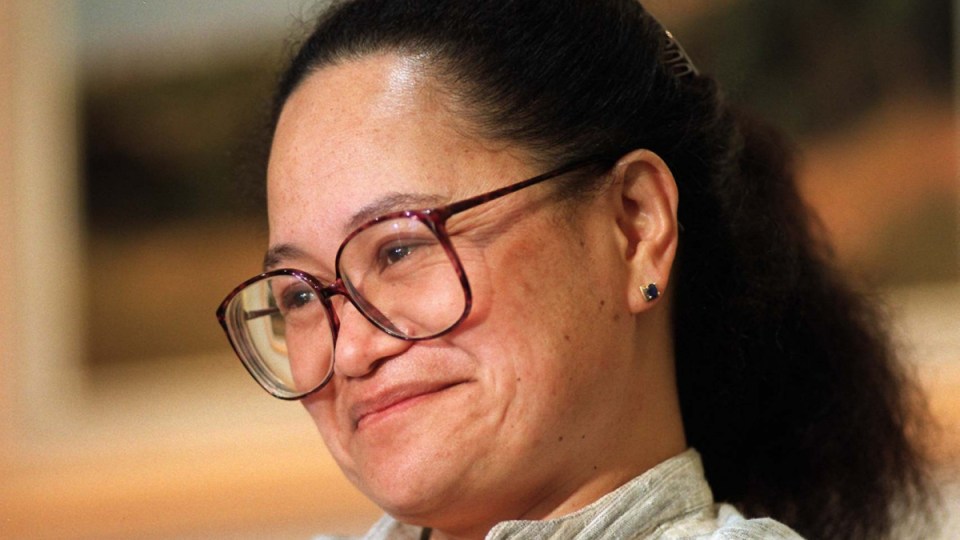 Louisa Akavi, pictured in 1996. She has been missing in Syria for more than five years. Photo: Getty

A New Zealand nurse has been missing more than five years after being abducted by the Islamic State, authorities have revealed as they plead for help finding her.

Louisa Akavi, now 62, was kidnapped in October 2013 by armed gunmen in Syria, while doing humanitarian work for the Red Cross.

She is thought to have been held by ISIS since.

But with victory declared over ISIS in Syria weeks ago, Ms Akavi’s whereabouts are still unknown and the International Committee of the Red Cross has broken a silence to appeal for information to help find her and two others, Syrian drivers Alaa Rajab and Nabil Bakdounes.

The trio were travelling in a convoy delivering medical supplies in northern Syria when they were stopped by armed men. Four others who were also abducted were released the following day.

At the time, the Red Cross declined to provide the nationalities of those abducted. Ms Akavi’s identity has been known to the New Zealand government for some years, but it has been kept a secret amid fears any publicity could lead to her being harmed or killed.

The New Zealand government still believes Ms Akavi should not have been publicly identified.

NZ Prime Minister Jacinda Ardern refused to comment on the case on Monday, lamenting that Ms Akavi had been named at all.

“It remains the government’s view that it would be preferable if this case were not in the public domain,” she said.

But Mr Stillhart said the Red Cross hoped revealing Ms Akavi’s name would lead to information on her whereabouts after the fall of Baghouz, in eastern Syria.

“From the moment Louisa and the others were kidnapped, every decision we made was to maximise the chances of winning their freedom,” he said.

“With Islamic State group having lost the last of its territory, we felt it was now time to speak out.”

He said the Red Cross’s latest credible information indicated that Ms Akavi was alive in late 2018.

“Following the fall of the last territory held by Islamic State group, we fear there is an extra risk of losing track of Louisa, though we remain hopeful this period will instead open new opportunities for us to learn more about her whereabouts and well-being,” he said.

The New York Times reported that at least two people described seeing Ms Akavi in December at a clinic in Sousa, one of the final villages to be held by the Islamic State.

She was on her 17th mission for the Red Cross when she was kidnapped and has been held longer than anyone in the organisation’s history. Ms Akavi has spent more than three decades with the organisation and taken part in 17 missions, including in Iraq, Afghanistan, Bosnia and in Chechnya, where she survived a deadly attack on a Red Cross hospital in 1996.

“Louisa has been working as a nurse during her abduction, which shows her dedication and commitment,” ICRC director of operations, Dominik Stillhart, said.

New Zealand Foreign Minister Winston Peters said his government was working on the basis Ms Akavi was alive. It had worked throughout the five years to free her, including by deploying a non-combat Defence Force team to search for her in Syria.

“We continue to work together [with the Red Cross] to locate and recover her,” he said.

“This has been a uniquely complex and difficult case. Louisa went to Syria with the ICRC to deliver humanitarian relief to people suffering as a result of a brutal civil war and ISIS occupation.”

A spokesman for Ms Akavi’s family, Tuaine Robati, said they were incredibly proud of her work and simply wanted her home.

“We think about her every day and hope she feels that and finds strength in that.”

In 2014, there was a failed attempt by US Navy seals to rescue Mr Akavi and other Western hostages.