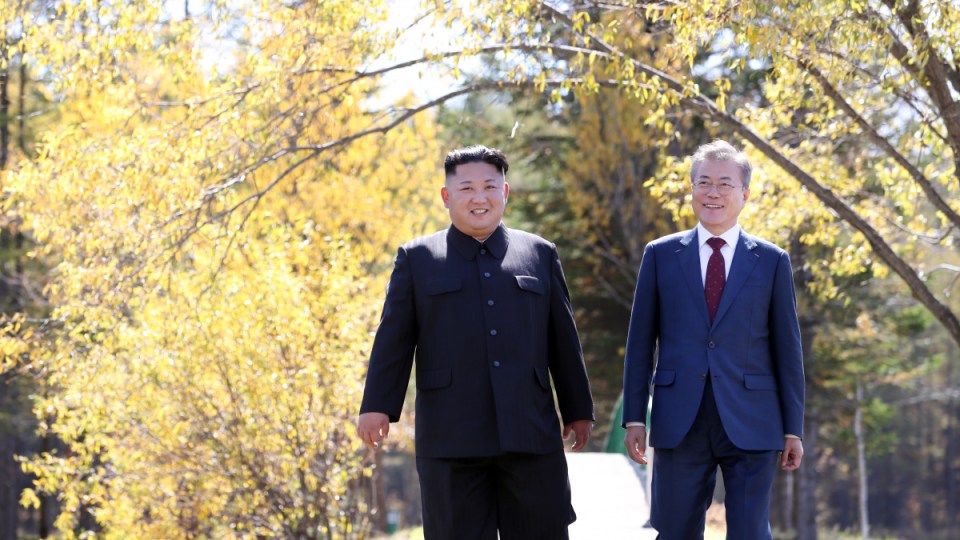 Mr Moon’s comments on Monday came after Mr Kim issued his harshest criticism yet over South Korea’s diplomatic role last week, accusing Seoul of acting like an “overstepping mediator” and demanding that it diverge from Washington to support the North’s position more strongly.

“Whenever North Korea is ready, we hope that the South and North could sit down together and hold concrete and practical discussions on ways to achieve progress that goes beyond what was accomplished in the two summits between North Korea and the United States,” Mr Moon said in a meeting with senior aides.

Mr Moon met Mr Trump last week in Washington where they agreed on the importance of nuclear talks with North Korea but did not announce specific plans on how to get the stalemated negotiations back on track.

Mr Trump and Mr Kim met in Vietnam in February, but the meeting collapsed over what the Americans saw as excessive North Korean demands for sanctions relief in exchange for limited disarmament steps.

The breakdown of the Trump-Kim meeting in Hanoi raised doubts about Mr Moon’s claim that Mr Kim could be persuaded to deal away his nukes for economic and security benefits and also about Seoul’s role as a diplomatic catalyst.

On South Korea, Mr Kim said Seoul “should not act as an ‘overstepping mediator’ or a ‘facilitator’ and should rather get its mind straight as a member of the (Korean) nation and boldly speak up for the interest of the nation.”

Mr Moon did not directly address Kim’s criticism, but said he has “high regard” for what he saw as Mr Kim’s strong commitment to diplomacy.

“I have high regard for Chairman Kim’s unwavering commitment.”