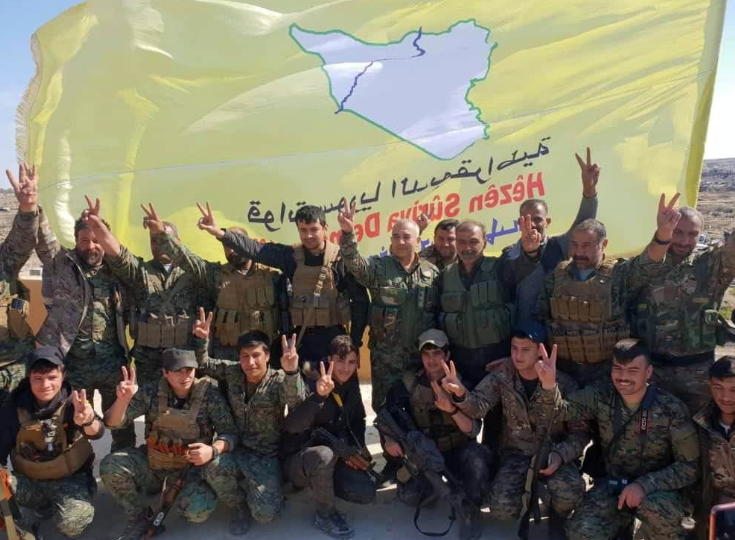 Australia has welcomed the announcement of the territorial defeat of ISIS after confirmation the last remaining civilians have been “liberated” by Syrian Democratic Forces.

ISIS lost its final stronghold Baghouz on Saturday, bringing to an end the Caliphate first formed in 2014.

The town was the last stronghold of some of the most battle-hardened terrorists remaining with ISIS, who used children of the fighters as human shields in the final days of the campaign.

“On this unique day, we commemorate thousands of martyrs whose efforts made the victory possible,”

Prime Minister Scott Morrison issued a joint statement on Sunday with Defence Minister Chris Pyne and Foreign Minister Marie Payne but cautioned the historic victory did not mean an end to the fight against terrorism.

“Despite the significance of the milestone represented by this territorial defeat, it does not represent the end of the fight against Da’esh nor the extremism it embodies,” Mr Morrison said.

“Da’esh continues to pose a security threat in the Middle East region and beyond, including through the propagation of its extreme ideology.

“Australia continues to assist the Iraqi Security Forces, at the request of the government of Iraq, to address the continuing threat from Da’esh. This includes Australia’s training mission at Taji near Baghdad, where Australian and New Zealand soldiers have to date trained more than 42,000 members of the ISF in their fight against Da’esh.”

At it’s height, an estimated 7.7 million people lived under ISIS rule, paying taxes to the terrorists which together with oil revenues provided a billion dollar war chest.

ISIS’s leader Abu Bakr al-Baghdadi, announced the creation of a caliphate from the pulpit of the al-Nuri mosque in the Iraqi city of Mosul five years ago.

Mr Morrison said the territorial defeat of Da’esh had been achieved through the “tremendous courage and sacrifice of Iraqi Security Forces and Syrian Democratic Forces, who have operated with Coalition backing. Civilians in Syria and Iraq have displayed incredible resilience to overcome the brutality of Da’esh occupation”.

“The Government commends the professionalism and dedication of Australia’s deployed forces who have made an important contribution to operations against Da’esh forces as part of the 79-member Global Coalition to Defeat Da’esh,” he said.

Australia has remained one of the most significant contributions to the Global Coalition with around 600 Australian Defence Force personnel deployed on average.

At its peak, ISIS controlled a huge stretch of territory stretching from western Syria to the outskirts of the Iraqi capital of Baghdad.

“We must not lose sight of the threat Daesh poses,” May said.