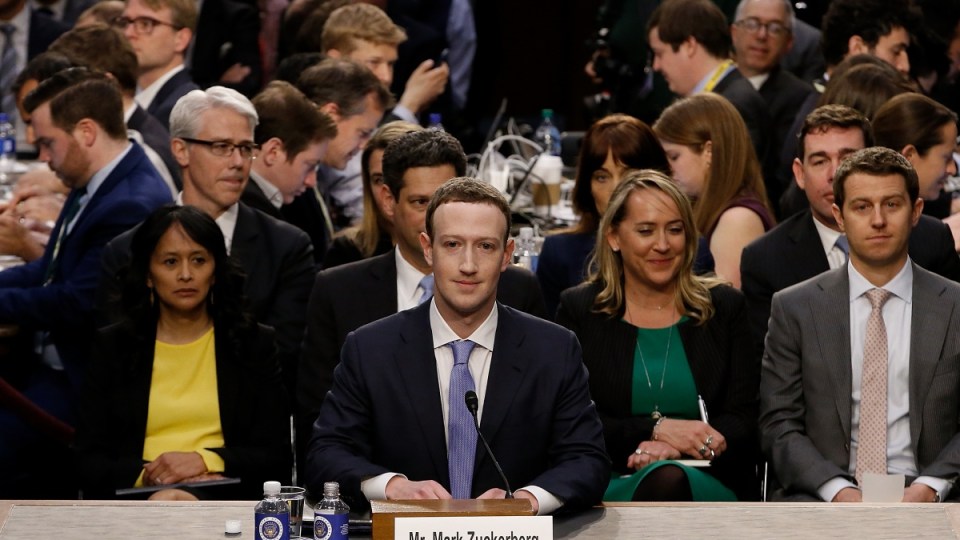 Mark Zuckerberg has previously said Facebook had clamped down on sharing data of users. Photo: Getty

US federal prosecutors are conducting a criminal investigation into data deals Facebook struck with some of the world’s largest technology companies, intensifying scrutiny of the social media giant’s business practices as it seeks to rebound from a year of scandal and setbacks.

A grand jury in New York has subpoenaed records from at least two prominent makers of smartphones and other devices, according to two people who were familiar with the requests and who insisted on anonymity to discuss confidential legal matters.

Both companies had entered into partnerships with Facebook, gaining broad access to the personal information of hundreds of millions of its users.

The companies were among more than 150, including Amazon, Apple, Microsoft and Sony, that had cut sharing deals with the world’s dominant social media platform.

The agreements, previously reported in The New York Times, let the companies see users’ friends, contact information and other data, sometimes without consent. Facebook has phased out most of the partnerships over the past two years.

“We are cooperating with investigators and take those probes seriously,” a Facebook spokesman said in a statement. “We’ve provided public testimony, answered questions and pledged that we will continue to do so.”

It is not clear when the grand jury inquiry, overseen by prosecutors with the US attorney’s office for the Eastern District of New York, began or exactly what it is focusing on. Facebook was already facing scrutiny by the Federal Trade Commission (FTC) and the Securities and Exchange Commission.

And the Justice Department’s securities fraud unit began investigating it after reports that Cambridge Analytica, a political consulting firm, had improperly obtained the Facebook data of 87 million people and used it to build tools that helped President Donald Trump’s election campaign.

The Justice Department and the Eastern District declined to comment for this article.

The Cambridge investigation, still active, is being run by prosecutors from the Northern District of California. One former Cambridge employee said investigators questioned him as recently as late February. He and three other witnesses in the case, speaking on the condition of anonymity so they would not anger prosecutors, said a significant line of inquiry involved Facebook’s claims that it was misled by Cambridge.

In public statements, Facebook executives had said that Cambridge told the company it was gathering data only for academic purposes. But the fine print accompanying a quiz app that collected the information said it could also be used commercially.

Selling user data would have violated Facebook’s rules at the time, yet the social network does not appear to have regularly checked that apps were complying. Facebook deleted the quiz app in December 2015.

The disclosures about Cambridge last year thrust Facebook into the worst crisis of its history. Then came news reports in June and December that Facebook had given business partners — including makers of smartphones, tablets and other devices — deep access to users’ personal information, letting some companies effectively override users’ privacy settings.

The sharing deals empowered Microsoft’s Bing search engine to map out the friends of virtually all Facebook users without their explicit consent, and allowed Amazon to obtain users’ names and contact information through their friends. Apple was able to hide from Facebook users all indicators that its devices were even asking for data.

Privacy advocates said the partnerships seemed to violate a 2011 consent agreement between Facebook and the FTC, stemming from allegations that the company had shared data in ways that deceived consumers. The deals also appeared to contradict statements by Mark Zuckerberg and other executives that Facebook had clamped down several years ago on sharing the data of users’ friends with outside developers.

FTC officials, who spent the past year investigating whether Facebook violated the 2011 agreement, are now weighing the sharing deals as they negotiate a possible multibillion-dollar fine. That would be the largest such penalty ever imposed by the trade regulator.

Facebook has aggressively defended the partnerships, saying they were permitted under a provision in the FTC agreement that covered service providers — companies that acted as extensions of the social network.

The company has taken steps in the past year to tackle data misuse and misinformation. Last week, Zuckerberg unveiled a plan that would begin to pivot Facebook away from being a platform for public sharing and put more emphasis on private communications.