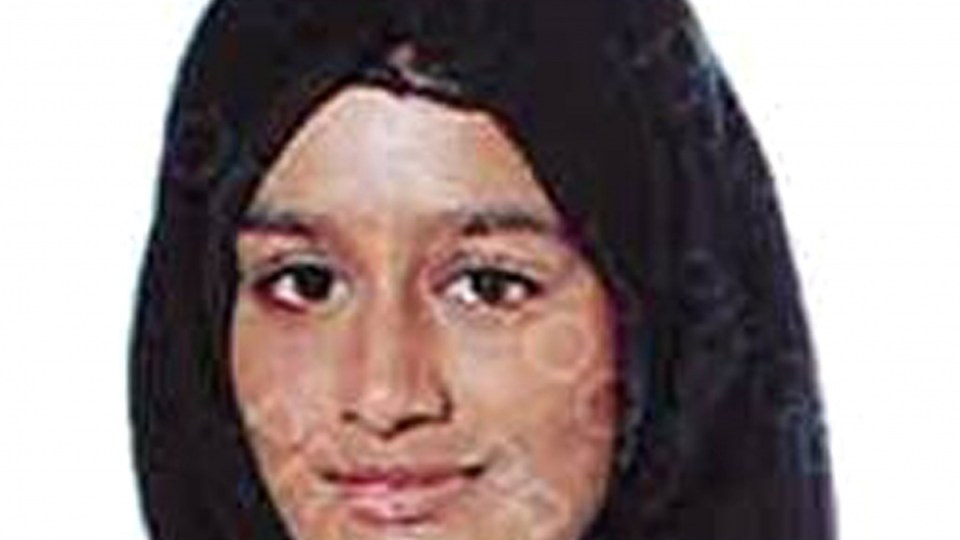 Stripped of her British citizenship, Shamima Begum has now lost her third child to die in the war zone. Photo: AAP

The baby son of Islamic State runaway Shamima Begum has died.
Ms Begum, 19, gave birth in a refugee camp in the middle of February, having already lost two children.

Her third child’s death was confirmed on Friday by her family’s lawyer Tasnime Akunjee, who tweeted, “He was a British citizen.”

Ms Begum, from Bethnal Green in east London, was 15 when she and two other schoolgirls went to join the terror group in February 2015.

She resurfaced heavily pregnant in a refugee camp in northern Syria last month and spoke of her desire to return to the UK, as the self-styled caliphate collapsed.

On February 17, her family announced the boy’s birth and said they believed he was “in good health”.

In an earlier interview with the BBC Ms Begum said: “Losing my children the way I lost them, I don’t want to lose this baby as well and this is really not a place to raise children, this camp.”

Home Secretary Sajid Javid stripped Ms Begum of her British citizenship amid a fierce national debate over whether she should be allowed to return.

Ms Begum did her cause no good when she refused to apologise for supporting ISIS, telling a British interviewer she wasn’t distressed by the sight of buckets full of decapitated heads

Her family, who pledged to appeal against the decision, also wrote to Mr Javid pleading with him to allow a safe passage for the boy to come to the UK.

Last month, Mr Javid confirmed the boy was a British citizen and said he had considered the child’s interest when deciding to revoke Ms Begum’s citizenship.

She tweeted: “It is against international law to make someone stateless, and now an innocent child has died as a result of a British woman being stripped of her citizenship. This is callous and inhumane.”

Asked whether there was any plan for Ms Begum’s son, Mr Javid has previously told the Commons Home Affairs Committee it would be “incredibly difficult” for the government to facilitate the return of a child from Syria.

“If it is possible somehow for a British child to be brought to a place where there is a British consular presence, the closest place – it might be Turkey for example – in those circumstances I guess potentially it is possible to arrange for some sort of help with the consent of the parent,” he added.

“Inside Syria, whether in a camp or maybe somewhere else, there is no British consular presence.”

A Government spokesman said: “The death of any child is tragic and deeply distressing for the family.

“The Foreign and Commonwealth Office has consistently advised against travel to Syria since April 2011.

“The Government will continue to do whatever we can to prevent people from being drawn into terrorism and travelling to dangerous conflict zones.”

Matildas will be keen to forget 7-0 drubbing by Spain
Upcoming stats will reveal where and how hard rates are hitting economy
Victorian MPs pocket a tidy 2.75 per cent pay raise
Reserve Bank review isn’t a ‘get the governor’ exercise: Jim Chalmers
‘Violence for weeks’ feared after landmark US abortion ruling
Aussie Hannah Green within striking distance of Women’s PGA Championship lead
What an innings! World’s oldest human is 116 and still at the crease
Today's Stories