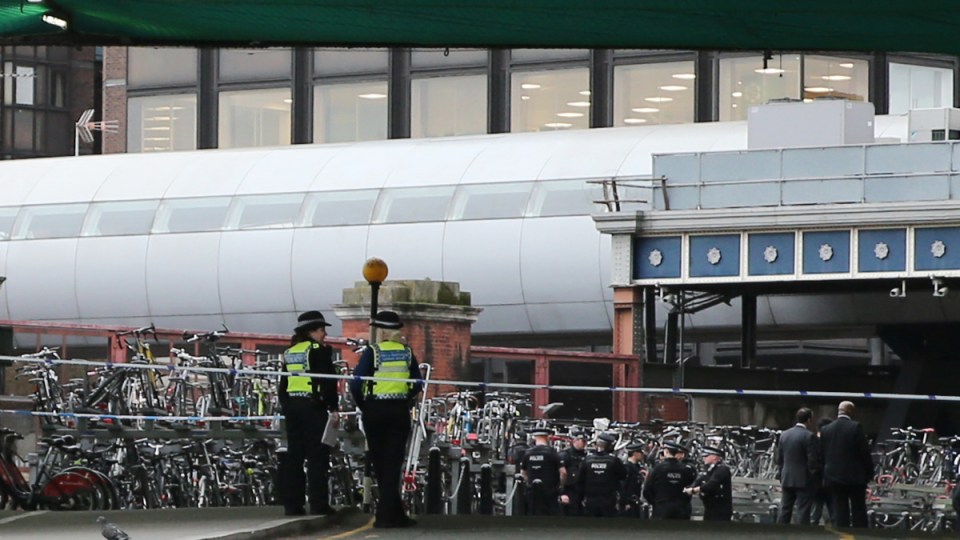 Three explosive devices have been found at two London airports and a railway station, with one bursting into flames after it was opened, causing panic and evacuations.

One package was partially set alight after it was opened by staff at Heathrow airport, but police said no one was injured.

The office building at the airport was evacuated as a precaution and specialist officers attended the scene to make the device safe.

The packages were posted from the Republic of Ireland, according to a senior European government source, and Ireland’s police service confirmed it was helping British police to investigate.

The United Kingdom is on its second-highest level of terrorism alert, with security services seeing an attack by international terrorists as “highly likely”.

A Heathrow spokesman described the bomb incidents as a “criminal act”, saying flights and passengers were not affected and that it would assist police in their investigation.

Photo of one of the suspect devices – this one sent to Heathrow. It caught fire: pic.twitter.com/keObgokRVH

All the packages contained yellow Jiffy bags and appeared capable of igniting a small fire when opened, police added.

British Transport Police were called to reports of a suspicious package  at Waterloo station near midday local time.

The package was not opened and specialist officers again made the device safe.

Police were also called to a report of a suspicious package at Aviation House at London City Airport shortly after noon, causing the evacuation of about 100 workers.

No one has been injured in the three incidents, police said.

London City Airport said in a statement: “We can confirm that City Aviation House has reopened and staff have returned safely, following the evacuation of approximately 100 staff at 12.15pm due to the discovery of a small improvised explosive device.

“Specialist police officers dealt with the device, which did not affect flight operations. The airport terminal remained open throughout. Inquiries by the Metropolitan Police are ongoing.”

Counter-terrorism at Scotland Yard said officers are treating the incidents as linked and are keeping an open mind regarding motives.

It ruled out the existence of other bombs, and issued advice to transport hubs across London “to be vigilant for and report suspicious packages to police”.

Conflict over the British-ruled province of Northern Ireland claimed thousands of lives from the late 1960s until the Good Friday peace agreement in 1998, mostly in Northern Ireland but also in mainland Britain and the Republic of Ireland.

Small groups opposed to the Good Friday Agreement have remained active since.

In 2017, five attacks in London and Manchester killed a total of 36 people.