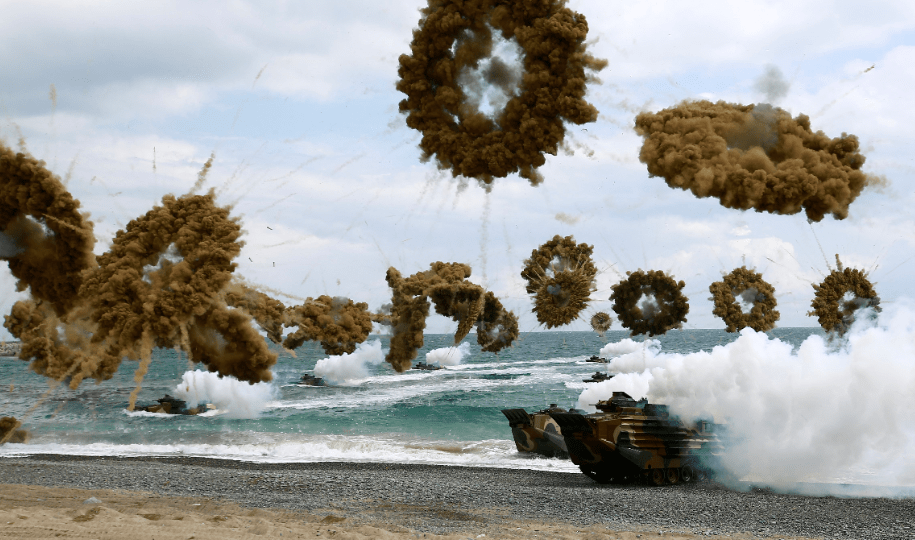 In an apparent bid to placate North Korea’s regime after the failure of President Donald Trump’s parley in Hanoi with Jim Jong-un, the US and South Korea have announced they will end two large annual military exercises that have infuriated Pyongyang.

The move underscores what the Pentagon concedes is a bid to pursue a diplomatic resolution to the deadlock over North Korea’s nuclear weapons program.

The two sides said on Saturday the decision reflected their “desire to reduce tension and support our diplomatic efforts to achieve complete denuclearisation of the Korean Peninsula in a final, fully verified manner”.

Jeong and Shanahan agreed that newly-designed exercises and revised field training programs would be held instead.

US President Donald Trump had in the past criticised large joint exercises, describing them as “very expensive” and “provocative” to Pyongyang.

The Kim regime has slammed past joint US-South Korean manoeuvres as being rehearsals to invade North Korea.

The move comes after Trump on Thursday left empty-handed from his highly-anticipated summit with North Korean leader Kim Jong Un in Vietnam.

It can also be seen as the carrot in a carrot-and-stick strategy which has most recently seen Mr Trump first assert that Kim had no knowledge of imprisoned American Otto Warmbier’s fatal ordeal only to backtrack after the Hanoi summit collapsed.

Trump said North Korea had wanted a full lifting of sanctions before its nuclear disarmament could begin. North Korea, however, said it only requested partial sanctions relief.