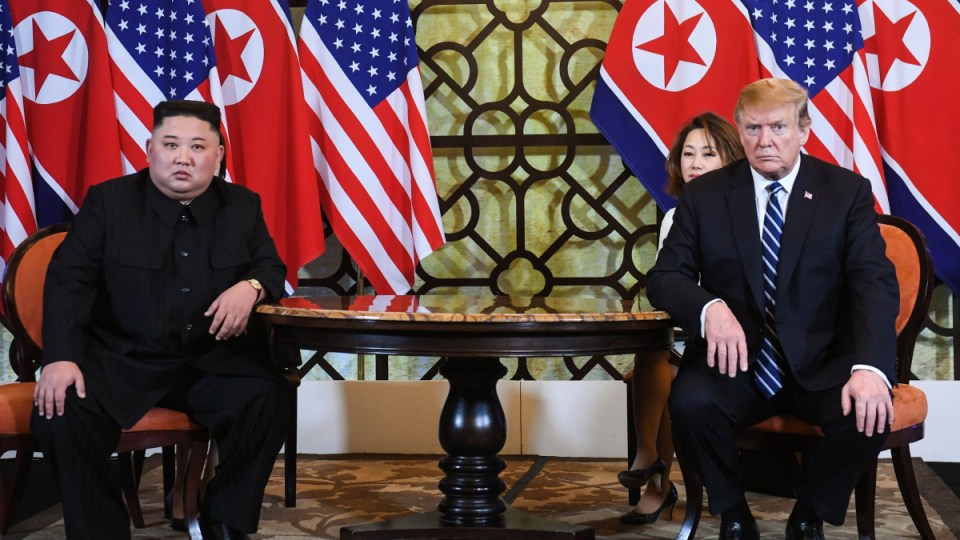 North Korea has contradicted US President Donald Trump over his explanation for the abrupt end of denuclearisation talks with Kim Jong-un in Hanoi.

Mr Trump said he walked away from a nuclear deal with Kim Jong-un on Thursday over unacceptable demands from the North Korean leader to lift US-led sanctions.

“It was about the sanctions,” Mr Trump said at an afternoon news conference in Vietnam.

“Basically they wanted the sanctions lifted in their entirety, but we couldn’t do that,” he said.

“Sometimes you have to walk and this was one of those times.”

Mr Ri told a news conference that Pyongyang had offered to permanently dismantle all its nuclear material production including plutonium and uranium observed by US experts.

The collapse of the much-vaunted Hanoi summit, which followed similar talks between Mr Trump and Mr Kim in Singapore last year, undermines the image Mr Trump has long cultivated of himself as a tough negotiator.

Before leaving Vietnam for the US on Thursday, Mr Trump said that Mr Kim had agreed to dismantle North Korea’s Yongbyon enrichment facility, but would only do so if all sanctions against the country were lifted.

He and US Secretary of State Mike Pompeo said Pyongyang would have to dismantle other weapons systems before all sanctions were removed.

They added that the US and North Korea would continue negotiations in other settings and stressed that there were nuclear sites unknown to the public that the US was aware of.

Mr Ri said it could be difficult to arrange future bi-lateral talks with the US.

“Our principal stand will remain invariable and our proposals will never change, even if the United States proposes negotiations again in the future,” he said.