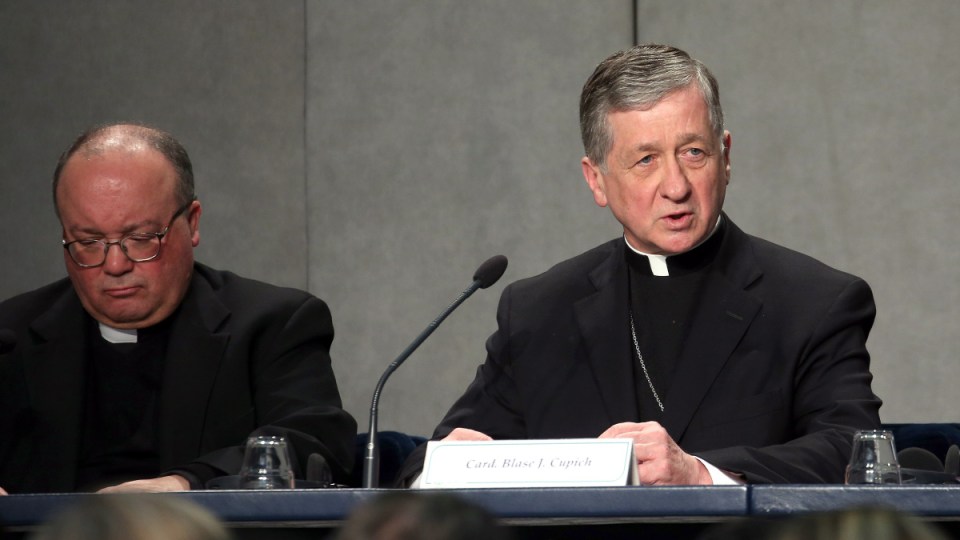 The Archbishops of Malta and Chicago speak before the papal summit 'Protection of Minors in the Church' at the Vatican. Photo: Getty

One of Australia’s most senior Catholics says the royal commission into child sex abuse is a roadmap that can help guide the church’s global response to decades of crimes and cover-ups.

Brisbane Archbishop Mark Coleridge is in Rome for a “crisis” summit at the Vatican where over 100 bishops, church leaders and survivors will discuss how to prevent future sexual assaults.

Archbishop Coleridge, who is president of the Australian Catholic Bishops Conference, says the four-day meeting starting on Thursday is an opportunity to share experiences.

He said Australia’s five-year royal commission, while “agonising”, had helped the church understand what happened locally and what needed to be done in the future.

“The royal commission provided a mighty impetus for awareness and action,” the archbishop said in a video message released on Tuesday.

“It provides key elements of a roadmap into the future.”

The archbishop cautioned, however, that while Australia had a story to share “we can’t start lecturing others about what it all means and telling them what they should be doing”.

The summit was called by Pope Francis in response to the sexual abuse of minors by those within the church and countless cover-ups around the world.

Organisers hope the summit will be a “turning point” and say it will focus on making bishops aware of their responsibility to protect their flock, the consequences of shirking that responsibility and the need for transparency.

Archbishop Coleridge said the summit must result in action because “words are no longer enough”.

“That’s something we started learning long ago in Australia and that we have to keep on learning and re-learning, no matter how much we think we’ve done, or how weary we may feel as a result, or how much we wish it were all behind us,” he said.

“It’s certainly not behind us. In some ways the journey has only begun, even though we’ve been through a lot in Australia.”

It was especially crucial for church leaders to “listen to survivors” this week, Archbishop Coleridge said.