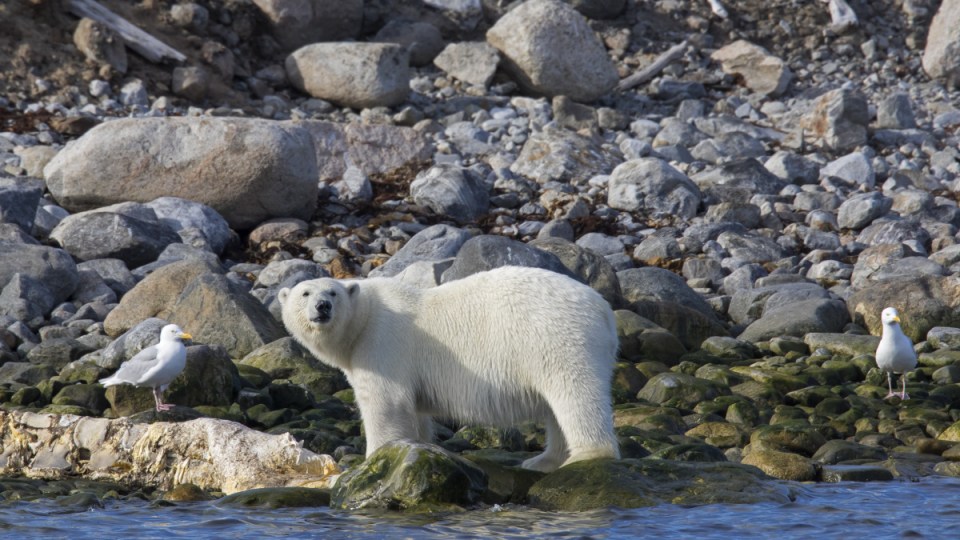 A state of emergency has been declared in a northern Russian archipelago, as a community suffers an unprecedented invasion of polar bears, with the military brought in to help.

The bears began creeping closer and closer to human settlements in the country’s Arctic Novaya Zemlya region, about two months ago.

Russian news outlet TASS has reported there were between six and 10 permanent bear residents, but since December there have been 52 sightings near the township of Belushya Guba, a community home to several thousand people.

There has even been reports of the bears attacking people, and entering buildings.

However, the country’s environmental authority has knocked back requests to shoot the animals, because of their status as an endangered species.

Instead, numerous attempts have been made to scare off the bears.

Light and noise signals have been trialled in an attempt to spook the creatures, and authorities have tried to use patrol cars and dogs to drive them away.

Extra fences have been erected around kindergartens, and specialised military vehicles are being used to transport people to and from work.

Despite these measures, the town’s mayor said the community remained terrified.

“The emergency situation was caused by the mass invasion of polar bears in residential areas,” the Archangelsk governor and regional government said in a statement.

“Residents, schools and kindergartens are submitting numerous oral and written complaints demanding to ensure safety in the settlement.

“The people are scared. They are frightened to leave homes and their daily routines are broken.”

Russia's Novaya Zemlya is considering a cull to repel a "mass invasion" of polar bears, like this 1 in a young family's hallway. 52 bears counted in Belushya Guba. They should be hunting seals on sea ice but global warming is driving them to land @joli_mai https://t.co/h0HTZ3zWln pic.twitter.com/xYofvdizXb

It’s believed that melting Arctic ice is causing the bears to migrate further and further south, in the search for food on land.

“I have been in Novaya Zemlya since 1983, but there has never been so many polar bears in the vicinity,” local leader Zhigansha Musin said.