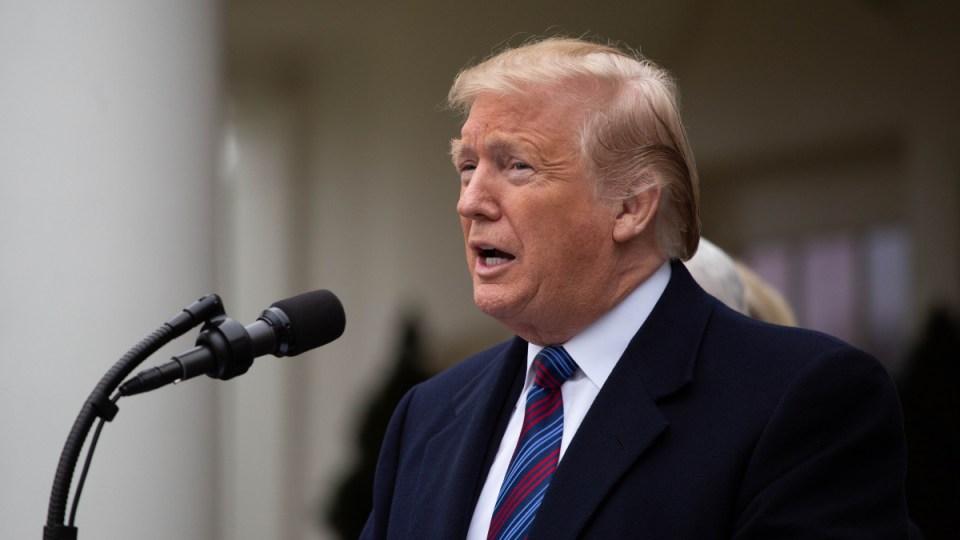 Donald Trump shut down the government to get his wall, only to see Republicans backing away from another closure. Photo: AAP

Donald Trump faces the biggest humiliation of his presidency as congressional Democrats prepare to offer nothing more than a small fraction of the $US5.7 billion ($8.03 billion) he has demanded to wall off the US from Mexico.

Capitol Hill sources have told the Associated Press that Democrat operatives are negotiating a bipartisan agreement that would offer Mr Trump a mere pittance more than the $US1.6 billion ($2.26 billion) that was on the table in a bipartisan Senate bill he rejected last year.

If Mr Trump accepts the offer, it would avert another partial federal shutdown, set to begin next weekend when a temporary funding bill expires.

The White House has continued to talk tough, with Mr Trump mentioning the looming shutdown in his State of the Union address and calling on Democrats to back his effort to stop the undocumented immigrants he has said include rapists, drug runners, murderers and terrorists.

But the political reality is that the shutdown, the longest in US history, backfired badly on congressional Republicans, who feel they were burned by the 35-day closure he initiated in December.

While Mr Trump’s base cheered the shutdown, congressional Republicans’ phones were deluged with complaints from civil servants and union members.

One White House aide said Mr Trump is now expected to back whatever compromise emerges – a tacit acknowledgment that congressional Republicans don’t have the stomach for a renewed standoff.

Coupled with a widespread expectation that the agreement would not use the term “wall,” the pact would represent a huge defeat for Mr Trump, for whom “Build the wall!” has been a battle-cry since his presidential campaign.

Given that Democrats now control the House under Speaker Nancy Pelosi, the anticipated capitulation is perceived as the first shot in a campaign that will soon expand to hearings on Mr Trump’s financial affairs, his simmering scandals and, inevitably, the Russiagate investigation.

“Throughout the talks, Democrats have insisted that a border security compromise not be overly reliant on physical barriers,” said Evan Hollander, spokesman for Democrats, who control the House Appropriations Committee.

Depending on what Mr Trump does, such an action could spark lawsuits or congressional votes of disapproval.

Besides the dollar figure, talks were focusing on the type and location of barriers, participants said.

Also in play were the number of beds the federal Immigration and Customs Enforcement agency could have for detained migrants and the amount of aid included for natural disaster relief.

Money for high-tech surveillance equipment and more personnel are also expected to be included.