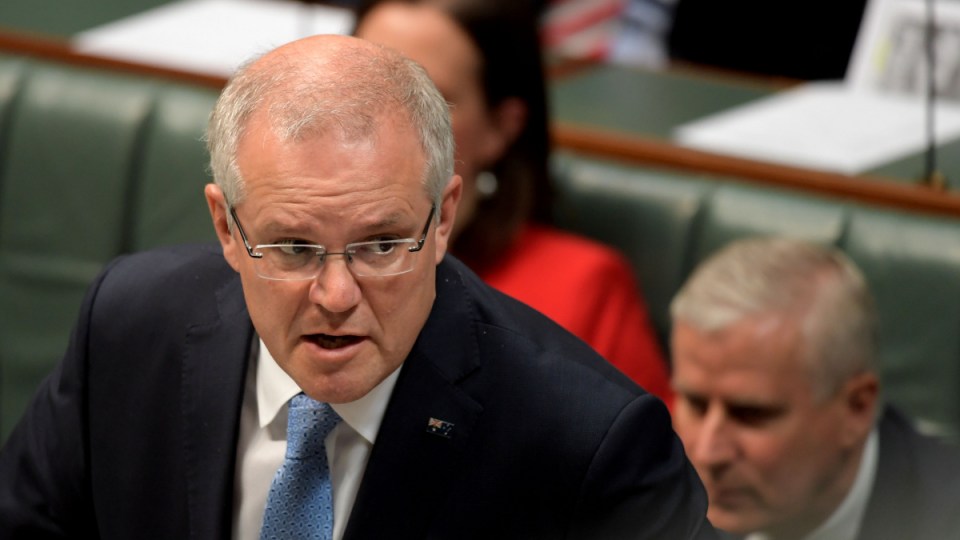 In a letter to Thailand's prime minister, Scott Morrison said Hakeem al-Araibi had been issued with a permanent protection visa. Photo: Getty

Prime Minister Scott Morrison has urged his Thai counterpart to release Hakeem al-Araibi and prevent his extradition to Bahrain, as global outrage at the  Australian refugee’s imprisonment grows.

Mr Morrison wrote to Thai Prime Minister Prayuth Chan-ocha, saying the matter was of great personal importance to him and the Australian people.

A spokesman for Mr Morrison confirmed the letter was sent earlier this week, which also noted the Australian government had issued al-Araibi with a permanent protection visa after a deliberate and considered process.

The footballer has been held in Thailand since arriving in Bangkok on his honeymoon on November 27, due to a wrongly-issued Interpol red notice.

Bahrain has applied to extradite al-Araibi, but former Socceroo Craig Foster is optimistic he can be returned home.

Foster travelled to Amsterdam overnight to meet with the global association representing professional footballers, FIFApro, and brief it on al-Arabi’s plight.

In a Twitter post Wednesday morning, FIFApro pledged to join the push for the  the player’s release and “not rest until Hakeem returns safely to Australia”.

We thank @Craig_Foster for taking the time today to address the @FIFPro board about the urgent need to help refugee football player Hakeem al-Araibi. We are working with @FIFAcom and will not rest until Hakeem returns safely to Australia. #SaveHakeem pic.twitter.com/73lkjIVAms

Foster said afterwards that Ms Samoura had agreed to exert further pressure on the Bahraini and Thai governments to ensure al-Araibi’s release.

“Today’s actions and escalation give us a lot more hope and more confidence that the dynamics of the case are going to change quickly,” Foster told The New Daily from Zurich on Tuesday.

Ms Samoura agreed the situation was an emergency that required football’s world governing body to step up its efforts on behalf of the jailed soccer player.

“We made it clear to FIFA that it is not acceptable for this case to be rushed into court,” Foster said.

“Under international law, Hakeem should be released immediately and we don’t accept letting this case drift and allowing him to be drawn into the justice system in Thailand.

“FIFA has agreed with that and has a much stronger will to act and to do so with Bahrain.”

Al-Araibi, who plays for semi-professional Pascoe Vale in the Victorian league, was jailed in absentia in his native Bahrain for 10 years for vandalising a police station during the Arab Spring in 2012.

The 25-year-old was jailed despite submitting evidence he was playing soccer at the time.

Thailand’s attorney-general is expected to decide al-Araibi’s case within a week.

“Those who speak now of al-Araibi having been mistreated and those who question the integrity of Bahrain’s courts ignore the fact that al-Araibi was released on bail.”

The minister said al-Araibi was allowed to accompany the Bahraini football team to play in Qatar and from there he fled to Iran.

He said al-Araibi could challenge the proceedings in the Court of Appeals and then Bahrain’s highest court.

Al-Araibi says he was tortured in Bahrain for criticising a relative of the royal family and fled to Australia in 2014.

Evan Jones, program coordinator for Asia Pacific Refugee Rights Network, told CNN “it is imperative to know that Hakeem is a torture survivor.”

“It is almost certain that he’d suffer the same fate again if returned to Bahrain,” Jones was quoted as saying.

“The Thai government should outright reject the extradition request from Bahrain and allow Hakeem to return home (to Australia).”