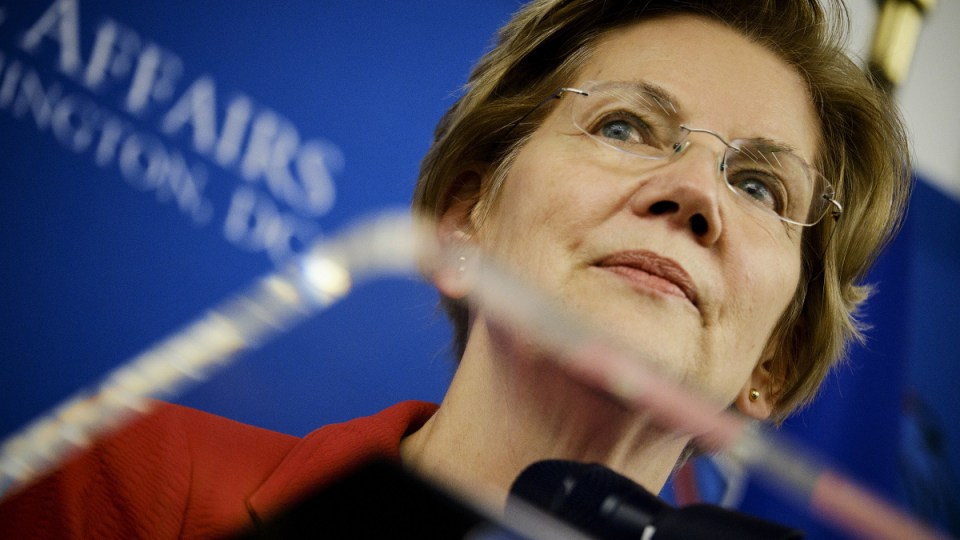 Senator Elizabeth Warren, D-Massachusetts, a sharp critic of big banks and unregulated capitalism, entered the 2020 race for president on Monday, becoming the first major candidate in what is likely to be a long and crowded primary marked by ideological and generational divisions in a Democratic Party determined to beat President Donald Trump.

The competition for the Democratic nomination is poised to be the most wide open since perhaps 1992: The party has no single leader, no obvious front-runner for 2020, and no broadly unifying ideology as it moves away from a quarter-century of dominance by the Clintons and Barack Obama.

After a midterm election in which many women, liberals, minorities and young Democrats won, the presidential primaries and caucuses next year are likely to be fought over not only who is the right policy match for the party, but also which mix of identities should be reflected in the next nominee.

The range of candidates will also force Democratic voters to consider which electoral approach is best suited to defeat Mr Trump, balancing questions of ideological purity with how to appeal to a wide range of demographic groups like white rural voters, suburban women, college students, and black and Latino Democrats in the South and the Sun Belt.

Senator Warren, 69, is among the best-known Democrats seeking to take on Mr Trump, whom she has denounced in the past as “a thin-skinned racist bully” and a “wannabe tyrant.”

Mr Trump, who has already announced his re-election campaign, frequently mocks her as “Pocahontas” because of her claims to Native American ancestry, a slur Native American groups have denounced as a racist epithet.

While Senator Warren’s stinging attacks on Mr Trump and Wall Street have helped make her a favourite of grassroots liberals, she also faces challenges as a presidential candidate: controversy over a DNA test to prove her Native American heritage, skepticism from the party establishment and a lack of experience in a national race.

The editorial board of The Boston Globe, her hometown newspaper, recently urged her not to run for president, saying she had become “a divisive figure.” And some in her party believe she missed her best chance to run in 2016, when liberal activists urged her to challenge Hillary Clinton.

Two potential top-tier candidates who have run before, former Vice President Joe Biden and Senator Bernie Sanders, are eyeing 2020 and are expected to disclose their plans this winter.

Yet both men carry political baggage and would be in their late 70s on election day 2020, and many Democrats say they want a fresh face as their next nominee.

On Monday Senator Warren called Sanders — a fellow Senate liberal who is also popular with grassroots activists — as a courtesy and had a brief, matter-of-fact conversation, according to a Democrat briefed on the call.

More than three dozen Democratic senators, governors, mayors and business leaders are also weighing bids – most of whom have not sought the White House before. The race is expected to draw several women and nonwhite contenders, making for the most diverse field in history.

A mix of liberal and more moderate politicians are also considering a run, including Michael Bloomberg, the billionaire former New York City mayor, who has said he is prepared to spend well more than $100 million of his own money on the race.

Getting a jump on the competition, Senator Warren plans to head to early voting states in the coming weeks, including Iowa, which holds its first-in-the-nation caucus in early February 2020. According to a person familiar with Senator Warren’s thinking, the timing of her announcement had been decided weeks in advance.

In an email to supporters Monday — 13 months before votes will be cast in Iowa — Senator Warren said she was forming an exploratory committee, which allows her to raise money and fill staff positions before a formal start of her presidential bid.

On Monday afternoon outside her home in Cambridge, Massachusetts, flanked by her husband, Bruce Mann, a professor at Harvard Law School, and their golden retriever, Bailey, Senator Warren leaned into her stinging criticisms of wealthy financial interests as she ripped Trump and branded herself as a champion of the middle class.

“The problem we’ve got right now in Washington is that it works great for those who’ve got money to buy influence, and I’m fighting against that,” Senator Warren said. “And you bet it’s going to make a lot of people unhappy. But at the end of the day, I don’t go to Washington to work for them.”

In her remarks before a pack of cameras, Senator Warren shrugged at a question about how she had handled the release of her DNA test, reiterating that she had “put it all out there” and people could see the information for themselves.

She also took a revealing warning shot at the emerging field of presidential hopefuls. “I don’t think we ought to be running campaigns that are funded by billionaires, whether it goes through super PACs or their own money that they’re spending,” she said. “Democrats are the party of the people.”

Among grassroots activists eager to highlight their message of a rigged economic system, there was particular excitement that a video released by Senator Warren on Monday focused on issues like income inequality and corporate greed.

In an interview set to air on Fox News on Monday night (US time), Mr Trump addressed Senator Warren’s entrance into the race.

“She did very badly in proving that she was of Indian heritage,” Mr Trump said, according to a partial transcript.

That didn’t work out too well. So, we’ll see how she does. I wish her well, I hope she does well, I’d love to run against her.”

Sue Dvorsky, a former chairwoman of the Iowa Democratic Party, said on Monday that it had been a mistake for Senator Warren to spend so much time sparring in personal terms with Mr Trump, and called that a losing path for her or any other presidential candidate.

But Ms Dvorsky also said Senator Warren’s announcement video – particularly her focus on “how the middle class is being destroyed” – would resonate in Iowa.

“She has always done well in Iowa,” said Ms Dvorsky, who recalled hosting Senator Warren when she campaigned there for Democrats in the 2014 midterm elections. “She had people eating out of her hand, in tears, because her story is extremely powerful and she is a powerful teller of it.”

A Quinnipiac University poll in mid-December underscored Senator Warren’s strengths as a primary candidate, finding her better known, and better liked, by Democrats than any other candidate who had not run for president before. Three in five Democrats had a favourable opinion of her, compared with just 12 per cent who viewed her unfavourably, a ratio outdone only by senators Biden and Sanders.

But the same poll pointed toSenator Warren’s likely challenges. Voters at large were far more divided in their views of her: Only about 30 per cent viewed her favourably, with 37 per cent holding an unfavourable view and the rest undecided.

The map of states with early nominating contests appears, at least on the surface, to be an inviting one forSenator Warren: The race begins in Iowa, where Farm Belt populism long defined Democratic politics, before moving to her political backyard of New Hampshire.

During the midterm elections, she got a rousing reception in Nevada, an early state that suffered grievously in the 2008 financial crisis, and where rhetoric lashing of Wall Street and major mortgage lenders tends to resonate.

Senator Warren’s prospects may also depend, in part, on which Democrats decide to run. Like other white liberals in a historically diverse field,Senator Warren may have to work harder to win over black primary voters. African-American Democrats have played a decisive role in settling the last two open contests for the party’s nomination, and Senator Warren is expected to be competing against her party’s only two black senators, Harris and Booker.

And several other fiery economic populists could join the Democratic field, including Senator Sanders and senators Sherrod Brown of Ohio and Jeff Merkley of Oregon, potentially splintering the voters most energised bySenator Warren’s core themes.

Advisers to other top-tier candidates, who were granted anonymity because their campaigns are yet to be announced, said while they were surprised that Senator Warren had announced her candidacy before the new year, it would have no influence on their decisions.