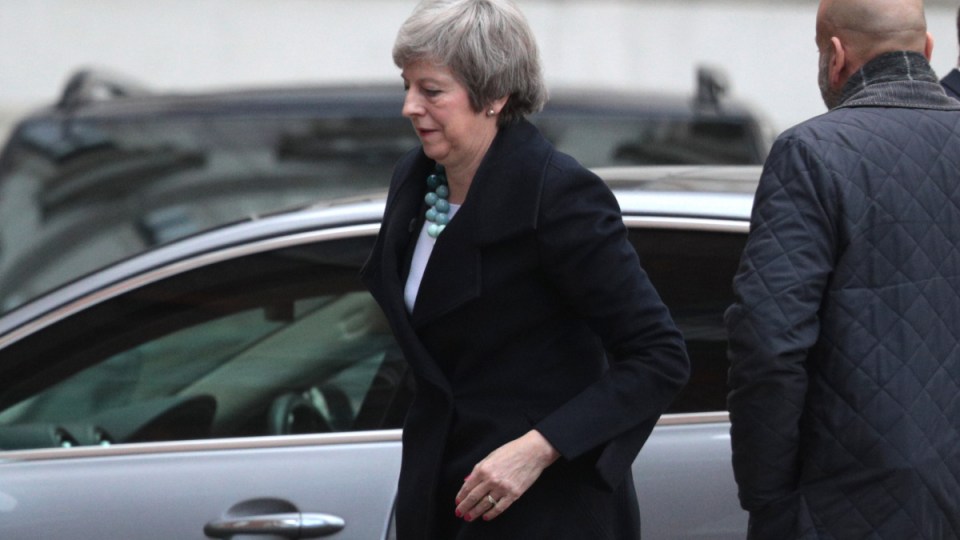 Theresa May downplayed the possibility of an "immediate breakthrough". Photo: Getty

Ms May won the secret ballot with 200 votes, but concerns over her future remain after 117 MPs sided against her. The Prime Minister needed 159 votes to remain leader.

The ballot result was greeted by cheers and applause from Tory MPs.

According to Conservative Party rules, Ms May is immune from further challenges for 12 months, but UK reports say she has privately told MPs she will not contest the next election.

Speaking in front of her official residence at Number 10 Downing Street, Ms May vowed to deliver the Brexit “that people voted for”.

But she said she had listened to the concerns of MPs who voted against her and would be fighting for changes to her Brexit deal at an EU summit this week.

“Whilst I am grateful for that support, a significant number of colleagues did cast a vote against me, and I have listened to what they said,” Ms May said.

“Following this ballot we now need to get on with the job of delivering Brexit for the British people and building a better future for this country,” she added.

The Prime Minister said she had a “renewed mission – delivering the Brexit people voted for, bringing the country back together and building a country that really works for everyone.”

Pro-Brexit Conservative MP, Peter Bone, told the BBC the result was by no means a win for Ms May

“More than a third of the parliamentary party does not support her, she’ll have to consider her position,” he said.

Fellow Conservative Jacob Rees-Mogg said while he accepts the resukt of the vote, the fact that vast majority of backbenchers who are not in government did not back her is damning.

“She clearly does not have the confidence of the House of Commons and should make way for someone who does,” he said.

Ms May, who has faced widespread criticism over the deal she negotiated to leave the European Union, earlier vowed to fight the confidence vote “with everything I’ve got”.

She spent much of the day meeting privately with Conservative MPs.

Speaking at Downing Street, Ms May began the day by warning that a change of prime minister could jeopardise Britain’s divorce from the EU.

Less than four months before the UK is due to leave on March 29, Brexit is in disarray with options ranging from a potentially disorderly no-deal departure to another referendum that could reverse it.

A new leader would not have time to renegotiate a deal with the EU and secure parliamentary approval by the end of March, meaning the Article 50 withdrawal notice would have to be extended or rescinded, she said.

“A change of leadership in the Conservative Party now would put our country’s future at risk and create uncertainty when we can least afford it,” she said

“Weeks spent tearing ourselves apart will only create more division just as we should be standing together to serve our country.”

Brexit-supporting MPs in her party say Ms May has betrayed the people’s vote in negotiations, while opponents say she struck a deal that is the worst of all worlds – out of the EU but with no say over many rules it has to abide by.