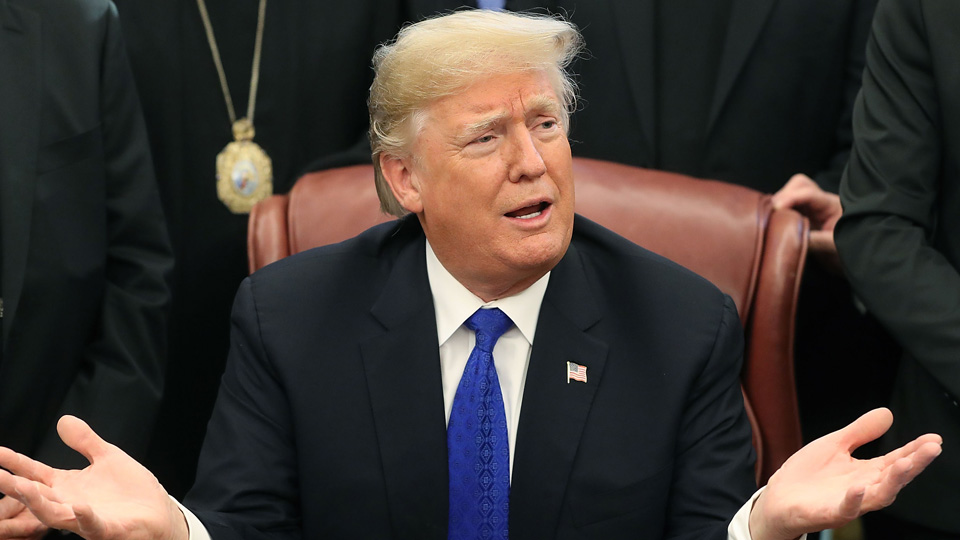 US President Donald Trump has given an interview to Fox News, in which he says he would "love" to run against Senator Warren. Photo: Getty Photo: Getty

President Donald Trump says he would consider intervening in the case against Huawei executive Meng Wanzhou if it would be in the interest of US national security and help forge a trade deal with China.

Hours after a Canadian judge granted $C10 million ($10.4 million) bail to the executive facing possible extradition to the US in a case that has complicated high-stakes US-China trade talks, Mr Trump said if he thinks it would be good for what will “certainly be the largest trade deal ever made” he would intervene if necessary.

Meng is the chief financial officer of telecommunications giant Huawei and also the daughter of its founder.

She was detained at the request of the US during a layover at Vancouver airport on the same day that Mr Trump and Chinese President Xi Jinping agreed to a 90-day ceasefire in a trade dispute that threatens to disrupt global commerce.

The arrest has created a diplomatic furore among the three countries and complicated high-stakes US-China trade talks.

Washington accuses Huawei of using a Hong Kong shell company to sell equipment to Iran in violation of US sanctions. It says Ms Meng and Huawei misled banks about the company’s business dealings in Iran.

Hours before the bail hearing, China detained a former Canadian diplomat in Beijing in apparent retaliation for the arrest of Meng.

After three days of hearings in Vancouver, Justice William Ehrcke granted bail to Meng, but required her to wear an ankle bracelet, surrender her passports, stay in Vancouver and its suburbs, and confine herself to one of her two homes from 11pm to 6am.

Amid rising tension between China and Canada, Canadian Public Safety Minister Ralph Goodale confirmed earlier that a former Canadian diplomat had been detained in Beijing.

The detention came after China warned Canada of consequences for Meng’s arrest.

Michael Kovrig, who previously worked as a diplomat in China, was taken into custody by the Beijing Bureau of Chinese State Security on Monday night during a visit to Beijing, said the International Crisis Group, for which Kovrig works as North East Asia adviser.

Canada had been bracing for retaliation for Ms Meng’s arrest. The Canadian province of British Columbia cancelled a trade mission to China amid fears China could detain Canadians to put pressure on Ottawa over Meng’s detention.

The Chinese government said its economy czar had discussed plans with US Treasury Secretary Steven Mnuchin and Trade Representative Robert Lighthizer for talks aimed at settling the two countries’ differences.