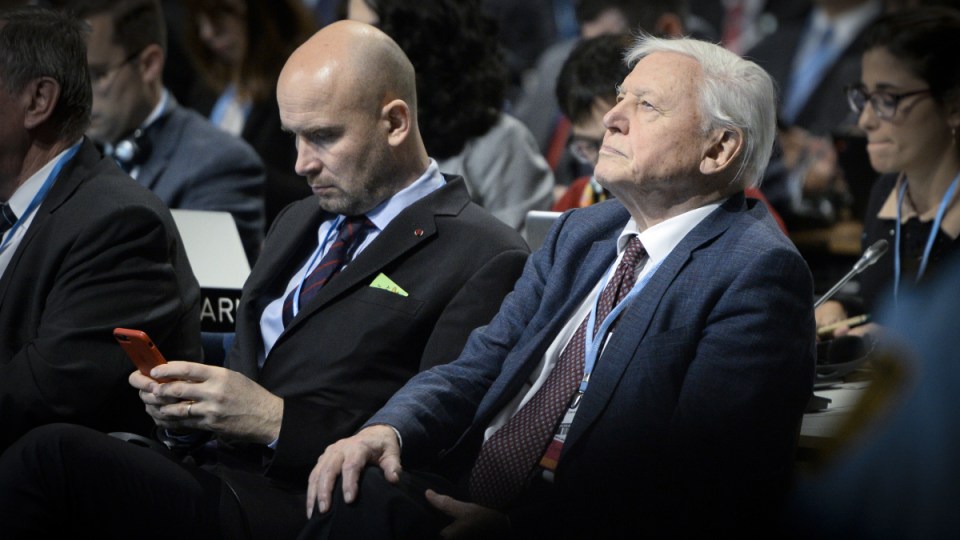 Iconic British broadcaster and environmentalist David Attenborough has described climate change as mankind’s “greatest threat in thousands of years”, warning it could lead to the collapse of civilisations.

Speaking to world leaders at a two-week UN climate conference in the Polish coal city of Katowice, Mr Attenborough said action must be take now or risk the extinction of “much of the natural world”.

Known for countless nature documentaries, Mr Attenborough gained prominence recently with his Blue Planet II series, which highlighted the devastating effect of pollution on the oceans.

“The continuation of our civilisations and the natural world upon which we depend, is in your hands,” he told the summit.

“Climate change is running faster than we are, and we must catch up sooner rather than later before it is too late.”

Mr Attenborough told the delegates: “Right now, we are facing a man-made disaster of global scale. Our greatest threat in thousands of years. Climate Change.”

“If we don’t take action, the collapse of our civilisations and the extinction of much of the natural world is on the horizon,” he said.

The world is currently on course to greatly overshoot the limits for global warming agreed at the landmark 2015 Paris accord on climate change, which were intended to prevent more extreme weather, rising sea levels and the loss of plant and animal species.

The Katowice talks are billed as the most important UN conference since Paris, coming ahead of an end-of-year deadline to agree a “rule book” on enforcing action.

Yet political and UN leaders have been struggling to inject urgency into two weeks of haggling on how to move on from fossil fuels to give practical effect to the Paris accord.

Representatives of some of the most powerful countries and biggest polluters were conspicuous by their absence, and the United States is quitting the UN climate process.

To maximise the chances of success in Poland, technical talks began on Sunday, a day early, with delegates from nearly 200 nations debating how to meet the Paris target of limiting global warming to between 1.5 and 2.0 degrees Celsius.

Michal Kurtyka, Poland’s deputy environment minister and president of the talks, said that without success in Katowice, Paris would not be a success, as it had only decided what was needed, not how it could be done.

“The wave of optimism and global co-operation that carried us to and through Paris has now crested, broken and is now tumbling,” he told delegates.