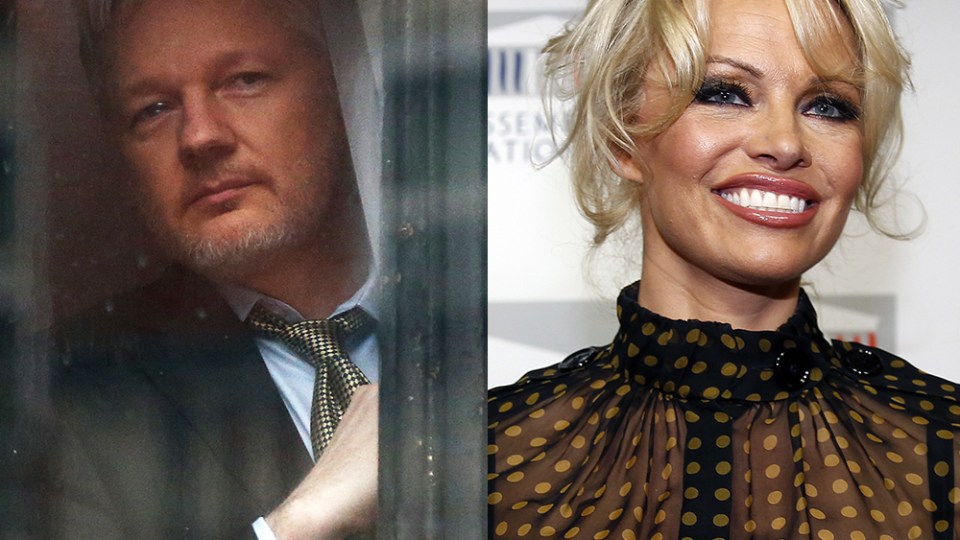 Baywatch star Pamela Anderson has called on Scott Morrison to grant Julian Assange free passage into Australia, describing her relationship with the WikiLeaks founder as a “romantic struggle”.

In an interview with Nine Network’s 60 Minutes at her home in the south of France, Anderson said she hoped the Prime Minister would help Mr Assange to finally leave the Ecuadorian Embassy in London, where he has lived for six years.

In a message to Mr Morrison, Anderson said: “Defend your friend and get Julian his passport back and take him back to Australia and be proud of him, and throw him a parade when he gets home.”

Despite recently splitting from 32-year old French soccer star Adil Rami, Anderson, 51, denied rumours she was anything more than a friend of Assange.

“We like to call it a romantic struggle. It is to educate the world,” she said.

“I feel very close to him. And I feel closer to him than a lot of people have and he trusts me.”

Mr Assange took refuge in Ecuador’s embassy in 2012, after British courts ordered his extradition to Sweden to face questioning in a sexual molestation case.

The case was dropped, but supporters have said Mr Assange fears he could be extradited to the United States if he leaves the embassy over the publication of US diplomatic and military secrets by WikiLeaks.

Anderson first met with Mr Assange more than two years ago to “ask him how to be a more effective activist”, adding that he “fascinated” her.

Anderson, an outspoken animal rights advocate, described herself as being a “valuable” asset to the holed-up Melbourne-born hacker.

“I think people think he’s a computer screen and I humanise him,” she said, adding she would visit Mr Assange for “three to four hours at a time”.

“I’m exhausted when I leave, but I’ve got a stack of notes,” Anderson said.

During a hearing last week in Quito last week challenging the Ecuadorian government for violating his fundamental “rights and freedoms”, Mr Assange said Ecuador was seeking to end his asylum and hand him over to the United States.

Mr Assange was appealing against the Ecuadorean government edict that he to pay for his own medical bills, phone calls and clean up after his pet cat.

He said the new rules were a sign Ecuador was trying to push him out, and said Ecuadorean President Lenin Moreno had already decided to end his asylum, but had not yet officially given the order.

Judge Karina Martinez rejected the lawsuit, saying the Foreign Ministry was in charge of determining his living conditions.